We have just finished the first Ananda International Kriyaban Retreat here in Gurgaon, India – three days dedicated to deepening the practice of Kriya Yoga. The retreat culminated with an extraordinary talk by Swami Kriyananda on The Role of Kriya Yoga in the World.

There were over 200 Kriya Yogis attending from all over the world, along with twelve Kriyacharyas (Kriya Yoga teachers) from Ananda communities in America, India, and Europe. 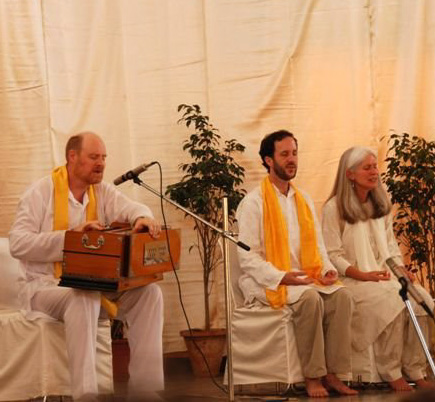 All of the talks were inspiring and insightful – each speaker discussed different aspects of the two main topics: Kriya Yoga: Ancient Science for Modern Times and Kriya Yoga in Your Life.

One part of the retreat that I personally enjoyed was giving a class on Kechari Mudra, a difficult yoga technique that Paramhansa Yogananda taught as part of Kriya Yoga practice. Indians seem especially receptive to learning Kechari Mudra, and also seem able to practice it more easily.

Interestingly, several of our American kriya yogis have been able to learn kechari mudra shortly after moving to India.

My own enthusiasm for teaching Kechari stems from seeing how much it helps deepen my meditation and kriya practice. Yogananda privately urged some of his disciples to practice Kechari, and publicly referred to it in various writings and lectures. Ananda sells a wonderful guide to learning this ancient practice.

On Saturday evening we held two Kriya initiations – one teaching the first Kriya technique, and the other teaching one of the Higher Kriya initiations taught by Yogananda. According to Yogananda, “Kriya is the greatest technique for salvation.” I can honestly say that I’ve seen the proof of that statement many times – but it was never more obvious than this weekend. 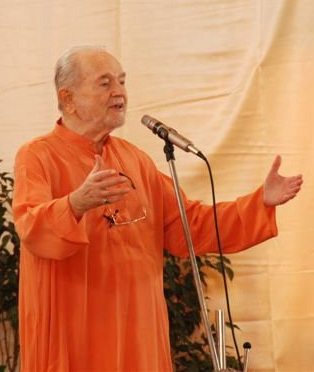 This talk which ended the retreat is perhaps the best talk I’ve ever heard on Kriya Yoga. I urge you to listen to it. I’ll just share a few highlights here.

Swamiji spoke about the soul’s journey back to God, and the universal nature of that journey. He said that “The scriptures are the exit signs. Kriya Yoga is that which helps you get through that exit.”

He also spoke of Kriya Yoga as working with realities that are universal to all people, and that “Kriya Yoga helps you to simply take advantage of realities with which you live all the time.”

Kriya Yoga has been a central part of religious traditions throughout history. Christ taught Kriya Yoga to his disciples, according to Yogananda. When Swamiji was in India in 1961, an Indian scholar named Dinanath Pundit told him of some interesting research he had done into ancient Christian traditions.

One technique taught in the Hesychast Christian tradition involves the repetition of the ‘Jesus Prayer’: “Lord Jesus Christ have mercy on me.” Dinanath Pundit discovered that it was sometimes taught in conjunction with the breath, and with bringing a cool current up the spine during the inhalation, and a warm current down the spine during the exhalation.

Any Kriya Yogi would see the interesting parallel to the Kriya Yoga of Mahavatar Babaji and the Yogananda lineage. 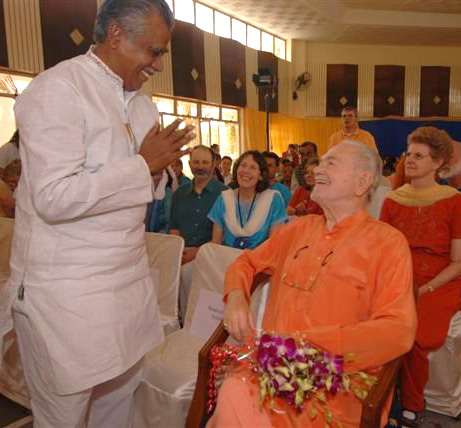 Swamiji also described a tradition in Spain regarding Christ’s last moments on the cross. It says that Christ’s last breath included a specific motion of the head that is exactly the same as one of the higher kriya techniques taught by Lahiri Mahasaya. The advanced Kriya Yogi uses the technique to consciously leave the body at death.

Swamiji concluded by saying, “Remember, you have a portable temple, and that is your own body. Kriya Yoga helps us to understand that wherever we go we’re on pilgrimage, because we carry that temple with us.”