The Philosophy of AUM 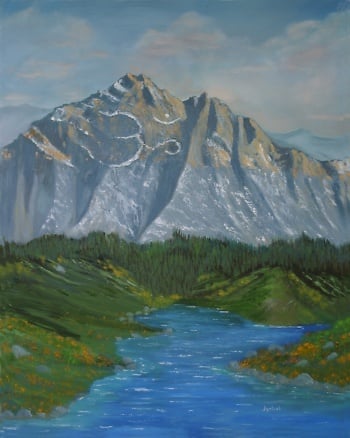 AUM is an aspect of God — it is the divine creative vibration of the whole universe. Everything in creation is vibrating with God’s power. AUM is the sound made by the vibration of God’s presence within us and all around us. Where there is vibration, there is sound, and if there is sound, we can train ourselves to perceive it, to“hear” it, and to attune ourselves to it, thus actually heightening our own vibrations — changing ourselves from material, ego-centered beings, into superconscious, free souls. The AUM meditation technique offers a scientific way to listen and commune with the sound of AUM.

Traditionally in India, AUM is the third aspect of the three-fold nature of God or Satchidananda (Sat, ever-existing; Chid, ever-conscious; Ananda, ever-new joy). This three-fold nature is called as Sat, Tat, and AUM. Sat represents the God beyond creation, uninvolved and unknowable through ordinary human consciousness. Sat is universal, timeless, formless, omnipresent, omniscient, and omnipresent.

When God (Sat) manifested the universe, the only “building blocks” available were movement, since before that, there was only oneness or perfect stillness. Thus that one, unmoving Presence “moved” or vibrated and thus creating Maya, or opposites, such as left and right; up and down; in and out, darkness and light, and so on. This movement or vibration among opposites is called AUM or sometimes called the Divine Mother. Through the Divine Mother (AUM) was born the second aspect called Tat, the Son of God or Christ Consciousness, which represents the presence of God within all creation.

To go from the knowable to the unknowable, to merge into oneness with God — this is our divine destiny. An efficient way to approach God-realization is through the agency of sound (listening for the AUM vibration).

Interestingly enough, sound is one of the eight aspects of God mentioned in the path of yoga (love, joy, peace, wisdom, calmness, power, light, and sound) and actually is said to be the best and most effective way of all the eight to reach God. Thus we re-trace our steps back to oneness with God, first through perceiving God’s vibration within ourselves and all nature (AUM), to God’s actual presence in ourselves and everything (Tat), to the final liberation and oneness to God, both within and beyond creation (Sat).

Why We Meditate on AUM

The meditation technique called the AUM technique is a tremendously powerful tool of God realization. Through absorption in AUM, we soon come to realize that the AUM is the bridge between human consciousness and Cosmic Consciousness.

There are many names in many spiritual traditions for the AUM, such as the Comforter, the Faithful Witness, the Amen or Amin, the sound of many waters, and the music of the spheres. It has also been called: “The loveliest sound in the universe.” Everything in the universe vibrates with AUM! The sound of AUM may also form itself into words to guide us intuitively, increase our creativity, and to help us continue to deepen our attunement with God. It is truly a powerful meditation technique and will bring great blessings to those who practice it regularly and faithfully.

To put the AUM Meditation Technique into the context of Paramhansa Yogananda’s path of Kriya Yoga, the AUM Meditation Technique as taught by Paramhansa Yogananda is the third technique in the path of Kriya Yoga. The first and second are the Energization Exercises and the Hong-Sau Technique. Once you have learned and practiced these first two techniques for about six months, it will be time for you to learn and add in this sacred technique to the first two techniques.

The Energization Exercises teach us to be aware of prana or conscious cosmic energy, to bring more of it into our bodies and to consciously direct as a powerful flow of life-force it to wherever it is needed. Meditation is not passive — it takes a great deal of energy!

But great amounts of energy are not helpful if they are too scattered or unfocused. Therefore we have the Hong-Sau Technique of Concentration, which takes the gathered up energy and helps to further direct and focus it on calming the breath and the mind. Thus learning to deeply concentrate and calm the restless mind, we need something upon which to concentrate it, for we become that upon which we concentrate.

And so we come to the AUM technique, which gives us a specific attribute of our own divine nature on which to concentrate, which eventually allows us to merge into this aspect of God called the sound of AUM.

How and Where Can One Learn It 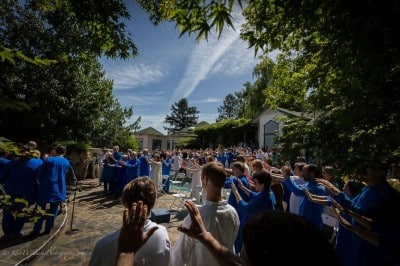 The AUM technique is not a difficult meditation technique to learn and practice daily. Great calmness and joy will come through the AUM technique, along with an increasing sense of oneness with God.

At Ananda we ask that you learn the AUM technique in conjunction with taking Discipleship Initiation. The reason for this, as Swami Kriyananda has explained, is that for many spiritual teachers in India, the AUM technique is taught as the highest and most powerful technique of meditation (inner communion).

In Yogananda’s path, Kriya Yoga Initiation and the Kriya technique is the most important technique and is also given only through initiation rather than just taught in a class or a book — to give it the sacredness and emphasis it deserves. But the AUM too is very holy and very, very important to the Kriya Yoga practice.

When it is time for you to learn and add the AUM Meditation Technique to your Energization and Hong-Sau practices, you will then begin to practice all three of these techniques and continue them all for at least six months more to be eligible for Kriya Yoga Initiation.

Practicing all these techniques will also deepen your devotion to God and Gurus and prepare your nervous system for the powerful practices of Kriya Yoga. They will give you plenty to do during your meditation sessions, keeping you still and focused, getting you used to longer and longer times of silence and stillness which are so necessary to deep, effective meditation.

To learn the AUM Meditation Technique and all the techniques of Paramhansa Yogananda’s path of Kriya Yoga mentioned above, please contact the Ananda Kriya Ministry or visit our Kriya Yoga section. We will help you to learn and establish a strong, daily practice of the AUM technique.

May you be blessed to achieve oneness with God quickly and in this lifetime!

The First Step on the Path of Kriya Yoga

AUM: The Melody of Love

The Eight Aspects of God

There are eight aspects in which God can be experienced: as Light, Sound, Peace, Calmness, Love, Joy, Wisdom, and Power. To experience Him as Light during meditation brings calmness to…