Sean, when introducing Swami Kriyananda to the audience of 1150 people called this event “The Miracle Show”. 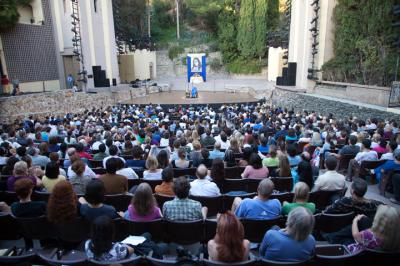 Swamiji has been dealing with considerable fatigue and a fall (which happened the week after SRW) that resulted in an injured hip and all the pain and debility that can accompany something like that. 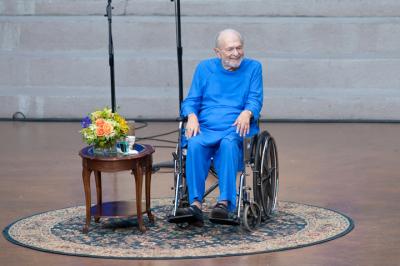 He had many very uncomfortable days which forced him to cancel two events in LA and until the last minute his attendance at the Ford Theater very questionable. However, not being one to give in to pain or hard times, Swamiji bravely rallied and on Sunday boarded a plane (preceded by a two drive to the airport) and arrived in LA at 4, just in time to make the 6:00 show at the Ford. Upon his arrival to the theater in a wheel chair, he was greeted with a standing ovation. The crowd appreciated Swami’s monumental effort to be part of this wonderful event at the Ford Theater, and his desire to share the love and teachings of Paramhansa Yogananda 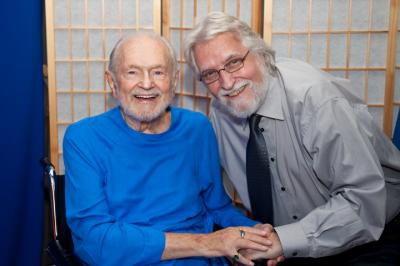 The evening began with beautiful music from our Ananda choir, Brook and Sean introduced both Ananda LA and Swamiji with eloquence and heart. Brook also introduced Neale Donald Walsch, and shared a bit of Neale’s journey which was fascinating. He gave a thought provoking and lovely talk and then introduced Swamiji. It was an honor for me to be backstage to photograph them together and the see the high regard they held for one another. 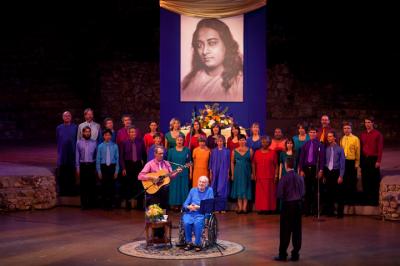 Swami spoke from his heart about his life as a disciple. And the at the end the choir joined him and performed the song, Peace. 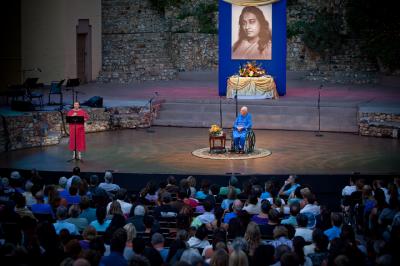 Catherine Kairavi also gave a presentation of the book, Two Souls, Four Lives. This is a newly released and fascinating book which presents a clear and compelling case for Yogananda’s statement that in a past life he was William the Conquerer. In addition, she makes the case that Swamiji was King Henry, William’s son. I highly recommend the book. It is the culmination of 13 years of research. 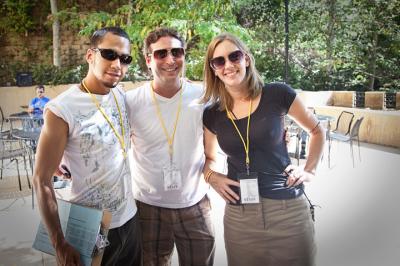 Ozro, Sean and Brook did an amazing job organizing this event. 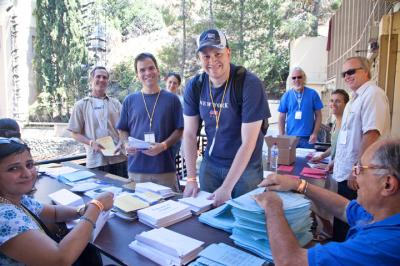 They were assisted by scores of volunteers, who were cheerful and serviceful and helped create an event that will be remembered by many. I got to fold programs before the event with this fun group and had a great time. 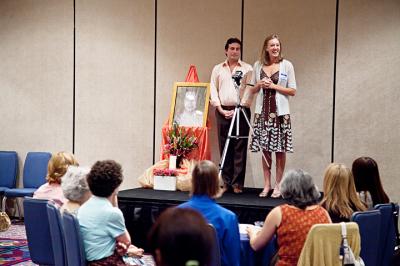 The day before this big event there was a tea at a local hotel hosted by members of Ananda LA, it was a delightful gathering of people. We were treated to some delicious tea sandwiches and amazing little tarts and a selection of tea. Sean and Brook talked about the work happening in LA and introduced the team of teachers who will be coming to Southern California. 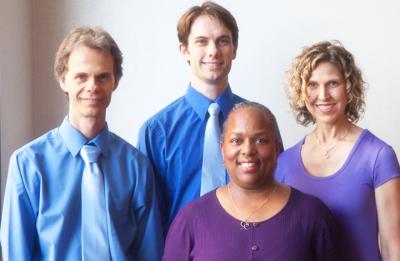 There was music from the choir and the yet to be named quartet of singers who will be moving to Los Angeles to help with the work there. Ramesha, Peter, Bhagavati and Laurie will spread Master’s love through song. For being a newly formed group, they sound wonderful together. 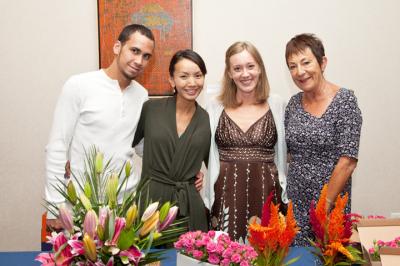 </a
Again, many people were involved in making this special day happen. 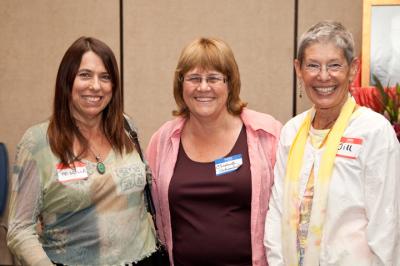 Many lovely people stayed and visited and I especially enjoyed connecting with friends from the LA area again. 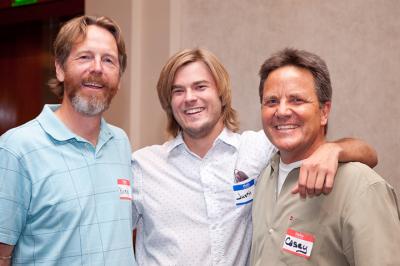 There was lots of laughter! 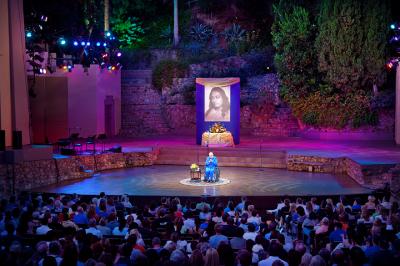 I want to thank all the great souls in Southern California, especially Brook and Sean who hosted this great weekend. We felt supported and uplifted by your work and we are thrilled for you all and the next phase of the work there. 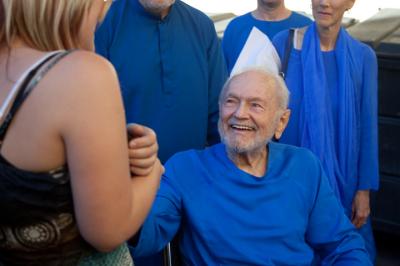 And especially, thank you to Swami Kriyananda, who has given his life to spreading the teachings of Paramhansa Yogananda. His has been a guiding light to so many. 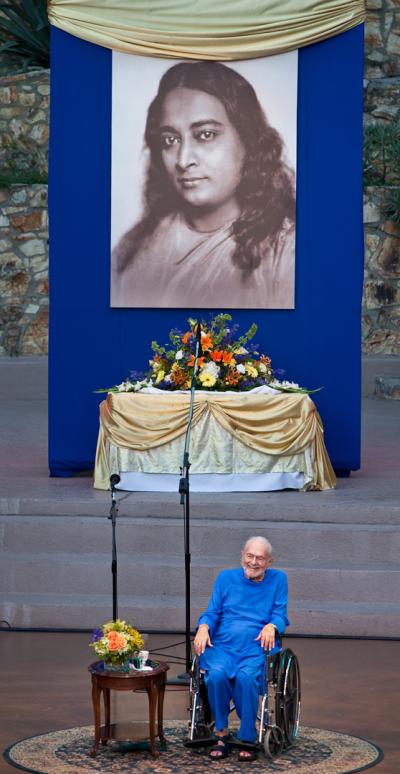 And now that Swami Kriyananda is now in residence in LA and a small army of amazing teachers and singers are on their way to making LA their home the work of spreading Yogananda’s teachings is going to be very exciting indeed!

Blessings to you all!