April 17-21 of this year, 2008, I was blessed to return to my “ole stompin’ grounds, deep in the heart ‘o Texas.’” Actually what that means, ya’ll, when translated out of Texan into Amurrrri-can, is that I flew to out Dallas to give classes and get-togethers at the Ananda Dallas Center. My flight was over 5 hours late due to tornadoes, hail, and huge thunder storms in the Dallas-Fort Worth area. But hey! That’s springtime in Texas. The carpets of blooming bluebonnets (the fragrant state flower) and many other colorful wildflowers made up for it.

There was a time, back in the late 80’s and early 90’s, when I flew out to Texas many times a year, supporting our meditation groups and Ananda connected folks in whatever ways I could—offering classes, retreats, and so on. But during this visit, I realized that it had been several years since I returned to Texas and that was way too long to be out of touch with those fine, faithful folks, some dear old friends (and some newer ones too), and all my fellow disciples in Texas. There is a flavor of deep joy, a sweetness there among Texas devotees, which is hard to describe, but simply wonderful to feel first-hand.

In reflecting on how inspiring this visit was for me, I thought it might be interesting to write down a little of the history of Ananda’s presence in the Lone Star State—a history that actually goes back quite a few years.

In 1975, the year I first visited Ananda, I had been living in Texas for 13 years. I returned from my 2-month visit to Ananda Village (the only Ananda community there was in those years) determined somehow to create some sort of “Ananda in Texas.”

My first step was to start teaching Hatha Yoga at the closest university—which happened to be Texas A&M. I am now amazed at my courage in doing this back then, for 3 reasons:

1) Nobody asked me for credentials, which was a good thing, because I had none—except my 2 months at Ananda, being led in Energization Exercises, Ananda-style yoga, and meditation twice a day;

2) Texas A&M was a very conservative place indeed, most people in central Texas in those years not knowing yoga from yogurt;

3) Having not been officially trained to teach yoga, and none of my students having a clue what it was anyway, we all had a great time together!

Based on the success of this venture, I began offering classes and retreats in other locations, teaching meditation to whoever was interested, leading sadhanas in my home many afternoons each week, to friends who were interested, and starting a small meditation group (I think at its peak we had 3 participants).

I continued to visit Ananda Village in the hopes I could figure out a way to move there. During my Christmas visit of 1977, I heard that Swami Kriyananda was going on a nationwide tour which might be passing through Texas. I told him I lived there and perhaps I could help in some way. Little did I know what that suggestion would do!

In my brief conversation with Swami that Christmas, I said: “When you visit Texas, do you know where, in which city, you’d like to give classes?”

He answered, “Well, I guess Dallas—it’s the biggest city in Texas, isn’t it?”

I said, “Well yes, I think it is, but I live closer to Austin and Houston, and would be able to be of more help if you chose one of those cities to visit.” [hint, hint]

Imagine my surprise when, soon after my return to my home in Texas, I received a call from Keshava, who (I believe) was Swami’s secretary at that time, who told me gleefully, “Swami is coming to Austin, Houston, and Dallas and we want you to be in charge!” I just about fainted when I heard that, but bravely said I’d try. Fortunately I found other willing souls in Houston and Dallas to help make all the needed speaking engagements happen and to help find places for everyone on the “Joy Tour Team” to stay—while I took care of arrangements in Austin.

March of 1978, the Ananda “Joy Tour” arrived in Texas in full force. Swami and the “team” of a dozen or more Ananda folk, most of whom I had met on my previous visits to Ananda Village, were traveling in a van and a motor home. I worked hard to see that everything went smoothly in Austin, and I think it did! The crowds were large, the enthusiasm great, and Swami was well-received there. Houston was even better, and I think Dallas was best of all, though I didn’t get to join the group there.

In Houston, after one of his evening seminars, I asked Swami if I could have a spiritual name and he graciously blessed me with the name Savitri. What a personal peak-life experience that was!

Several times during the next 2 or 3 years after that first springtime visit, Swami returned to Texas to speak. Ananda Meditation groups sprang up in Austin, Houston, and other locations. I was thrilled to see it all, but by that time, I had moved to Ananda Village myself, and thus simply watched and prayed from afar as the Ananda Texas energy grew stronger.

Texans are indeed strong people, independent-minded, friendly, enthusiastic, and full of joy. I love them! And though I truly loved living at Ananda Village, I still missed that sweet Texas spirit and the many friends I had there. So when the time was right, and Ananda teachers were needed to travel to Texas to help our work there, I was among the first to volunteer.

I’d like to especially mention and honor a few folks who hold an important place in Ananda Texas history. Clara Evans was the first Ananda Dallas Meditation Group leader to invite me to come there to teach in 1988. Happy Winningham was a dynamic part of the Dallas group then and soon after moved to Ananda Village, as did Clara, too. Jan Shapiro took over Ananda Dallas leadership and did a magnificent job for many years. Rex Anderson and Harold Byrd led the group in Houston, Agnes Lundstead led the group in Austin, and Lewis Kreydick led a small group in South Padre Island.

Soon the Ananda Texas energy seemed dynamic enough to send full time Ananda ministers to live and serve in Texas. Pranaba and Parvati Hansen were the first to go in 1992, establishing themselves first in Austin, and eventually in Dallas, (which, interestingly enough, was the first place Swamiji had mentioned he wanted to give classes on his first cross-country speaking tour, all those years ago). Krishna Das and Mantradevi, now serving as leaders of our Ananda Los Angeles Center, also served at Ananda Dallas, 1994-1996. 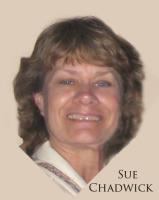 Right now, Sue Chadwick is the acting Ananda Minister and primary director of Ananda Dallas, the very active Ananda Dallas Meditation & Yoga Center, located at 4901 Keller Springs Road, Suite 103, Addison, TX 75001, on Keller Springs Rd. between the Tollway and Addison Road They have a full calendar of activities, including Sunday Service every Sunday, programs for families, yoga and meditation classes, and so on. Check it all out at www.anandadallas.org

During my visit this past April, I was thrilled to see how strong and dynamic Ananda Dallas has become now, with a great core of dedicated kriyabans who really know the importance of keeping their Center strongly serving as a beacon of light for all truth-thirsty souls. I know from personal experience that it is not easy, living in mid-America and trying to hold yourself together as a devotee of this path, keeping your own spiritual practices strong, and trying to help others to find their own way spiritually also. Therefore, I bow at the feet (and cowboy boots) of all those Texas devotees of past, present, and future, who were and are able to do just that. Bless you one and all. I can’t mention you all by name, but you know who you are.