You have a self-realization superpower.

The world is in dire need of spiritual superheroes, and Ananda Music is a key to unlocking your hidden abilities.

Did you hear what he just said? Music can take us to God! Sing soul-saturated songs with ever-increasing deep devotion until response is consciously received from Him in the form of communion, ecstasy and boundless joy.

What would your life look like if you could have BOUNDLESS JOY through music?

Can you imagine how powerfully you could influence the world around you? These are not empty promises. Singing Ananda Music can help us reach our God-given destiny.

Superheroes have destinies too. Some start off as normal humans, just like you and me, but are transformed by an event: radiation poisoning (the Hulk), a spider bite (Spiderman), an injection (Captain America). 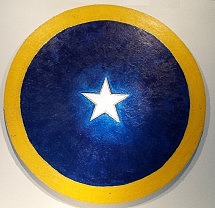 Ananda Music can be one such catalyst to help us reach our destiny through the scientific laws of vibration and resonance. How? Because sound has the ability to affect whatever it comes into contact with by exposing that form to a different rate of frequency vibration.

A lesson from the bees

A healthy beehive puts off a hum of 440 Hz (cycles per second), or the pitch of the A string on a violin. If a hive is in a state of disease, the pitch lowers, reflecting a loss of energy. Here’s the cool part: if a healthy hive is brought next to the diseased one, the vibration of the diseased hive rises to match the pitch of the healthy hive. The sound, the vibration doesn’t average – it rises to the higher vibration. 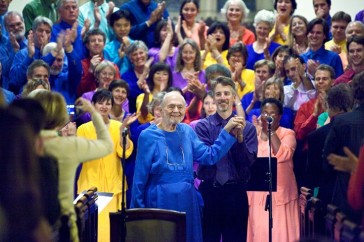 Ananda music has the power to bring each of us into higher vibrational states.

As Yogananda says above, music has the power to improve our knowing that we are already in the possession of the kingdom of God.

I have experienced this, and so can you. Each of us has the potential to change from a normal human to a singing spiritual superhero through the powerful transformational tool of Ananda music.

I will be starting the next incarnation of the Ananda Virtual Choir this coming week, as well as launching my first 5-week music internship at the Yoga Institute at Laurelwood. with a free introduction. I would love to help you become a vibrant spiritual superhero through song, to help change the world through the transforming power of vibration.