On some level, I had always known I would someday have cancer. Therefore, it was not a shock when, at age 52, I received the news that I had stage three breast cancer.

It was April, 2009. I was on the phone, fiddling with a button on my shirt when I felt a lump the size of robin’s egg in the left upper chest. I thought, “Uh oh. I better call Peter,” my doctor. Within ten minutes I was in his office down the road from Ananda Village where I live. Thirty minutes later, I was on my way to the imaging center at the local hospital.

“If I die, fine; if I don’t, fine.”
A song started playing in my head: “Thy Will,” written by Swami Kriyananda to convey the spirit of Jesus Christ’s complete submission to the will of God on the eve of his crucifixion. Inwardly I said to Paramhansa Yogananda, my Guru, “If I die, fine; if I don’t, fine. But this is yours.” I surrendered totally to what was happening. I have always known that my life was in God’s hands and, when I remember that, I have no fear. During this entire process I was never afraid.

The atmosphere in the imaging center was heavy with fear. The nurses were obviously concerned on my behalf as I lay on the table while they conducted an ultrasound examination. Looking at the monitor, I could see many cysts; in both breasts there was more than one lump. I decided to break the tension. Feigning the excitement of an expectant mother looking at the image of her unborn child, I exclaimed, “Oh look, I can see its little hands and feet!” We all had a good laugh.

A few days a later, I received the results of the ultrasound: I had several types of breast cancer, not only in both breasts but also in the lymph nodes. The surgery could not be scheduled until June, two months later. Obviously, I wanted the cancer removed as soon as possible, but I had no choice but to wait. I used the next two months to prepare mentally for loss of the two breasts and to discuss with friends in the Ananda community, who had offered to help in whatever I needed, the kinds of things they could do before and after surgery. No words can express the gratitude I feel for the love and support I received. Without it, my experience would have been very different.

Within a few days of receiving the news of cancer, I had a dream. I was standing at the back of a church while Paramhansa Yogananda was in the final stages of giving a Sunday service. After the service ended and the church emptied out, I remained planted firmly in the back of the empty church while Yogananda came striding down the aisle to where I was standing. I fell to my knees and put my forehead on his feet, somehow managing to notice that he was wearing velvet slippers. As I lifted my head, he placed his hand on the top my head in blessing and held it there for a long time. I woke up knowing beyond any possibility of doubt that Yogananda would be with me always.

Post-surgery complications and decisions
The surgery was an eight-hour bilateral mastectomy plus reconstruction. I was in the hospital for three days. Two days after coming home, I experienced an extreme pain in my lung, as though someone had plunged a knife in my back. The next day, at my post-operation hospital check-up, I learned that the pain was caused by a blood clot in my lung. Suddenly, I was also feeling a sharp pain behind my knee, caused by a huge blood clot in my leg.

The blood clot in my leg was extremely dangerous, and landed me in the hospital’s intensive care unit for a week, while hospital personnel worked on thinning my blood. The doctors said I could have died any minute, but I was never worried for myself, only for my husband, mom, and dear friends who were very concerned. Through it all, I knew I would be fine.

A few weeks after the cancer surgery, the doctors did a PET scan to determine if there was cancer anywhere else in my body. They found a spot on my ovary. In July 2009, one month after the double mastectomy, I had a hysterectomy.

The guru becomes my constant companion
Chemotherapy started in July 2009 and continued once a week for six months. As I received eight different chemicals designed to kill the multiple cancers, I watched my mental and physical faculties diminish. Mentally, chemotherapy can temporarily destroy the brain’s ability to function normally. It becomes difficult if not impossible to think or concentrate. People who have received chemotherapy refer to this condition as “chemo brain.”

The other well-known side effects of chemotherapy are nausea, fatigue, and loss of hair. I experienced non-stop nausea for six months. In addition, there was extreme fatigue – crippling fatigue. For two days after a treatment, all I could do was sleep. And let’s not forget that all the hair on one’s body falls out. I was bald as a cue ball. The start of thirty days of radiation in February 2010 brought equally painful side effects.

Even though I had never felt worse in my life, I was never so blissful. As the chemotherapy progressed, I began to hear AUM almost constantly — sometimes very quietly, at other times so loudly that at first I did not know what the sound was.

I felt Paramhansa Yogananda’s presence constantly throughout the seven-month treatment process. Every day I felt comforted and deeply loved. I had never doubted that I belonged to him, but never was that fact as tangible as during this period. His presence was so real that I felt more in God’s world than in this one. I believe the many prayers I was receiving, and especially the blessings of Swami Kriyananda, who was praying for me, magnified the experience. I thought this experience of basking joyfully in the Guru’s presence, day after day, would never end.

The road to recovery: slogging through the mud
When it was time to return to a normal life, I tried to jumpstart my life in my usual manner, with lots of energy and gusto, but it seemed as though my brain had been completely rewired. Communication between brain and physical body was not flowing. Thinking and doing felt like slogging through mud. I had to work hard to concentrate and pay attention. Not only did I have to take things more slowly, I became upset more easily.

Before becoming involved with Ananda, I had worked in the corporate world on a managerial level. Even at Ananda Village I had been drawn into similar work. Before developing cancer, I was manager of The Expanding Light guest retreat at Ananda Village, one of the largest departments at the Village.

I was now given a job in marketing, but my level of functioning was lower than what was needed, and I was let go. Without a job, I had no way to serve others and little contact with other devotees. Old friends had moved on and, except for my Guru and my husband, I felt completely abandoned.

Moving into uncharted territory
The phrase, “The old way doesn’t work anymore” became my new reality. No longer could I power my way through life. I had to listen to the Guru’s inner guidance and ask, “What is trying to happen here?” Sometimes my questions were more like accusations: “What the ‘bleep’ happened to me?!” It had been easier for me to accept the cancer than the aftermath, but railing against the circumstances of my new life was not productive.

I knew from my cancer experience that my Guru loved me and was with me always. If so, why would he abandon me after the recovery? Could it be that he was guiding me toward those activities that would continue the deepening of my attunement that occurred during the cancer treatment process? My new challenge was to let go and listen. But how does someone who has long considered herself to be “the doer” totally embrace the truth that “everything comes from God?” For me, this was unchartered territory.

Since I had a knack for cutting and styling hair, I enrolled in cosmetology school and commuted a total of three hours a day for over a year. I received my cosmetology license and soon had a steady flow of customers from Ananda Village, including guests at the Expanding Light.

Life is simpler now.
Perhaps it took the cancer and its aftermath to soften me enough to be receptive to the Guru’s grace in whatever form it comes. No longer am I the high-powered executive type. I now cut and style hair and, several days a week, assist my mother who lives in Reno, Nevada. These are both serviceful, nurturing activities.

I have time for a spiritual life, and to give love and support to my husband and friends. I can now see that, through the Guru’s grace, I was taken out of management and marketing and placed in activities more conducive to the blossoming of the nurturing, loving side of my nature.

Life is simpler now. When I feel it becoming too complicated I stop and rest in my heart. In times of complete stillness, I feel the bliss of God and Guru and know that I am being gently guided back to my home in the Infinite Oneness.

How Should We Meet Our Tests?

Illness is often one of the most serious challenges people face and can be a major test. Fifteen years ago, I had a rare, debilitating illness; fatigue, fever, pain and shortness of breath were my constant companions.

Spiritual Ignorance: The Cause of All Disease

Our true nature is healthy. It can’t be otherwise because we are children of God. Illness and other health troubles come from not being in touch with our deepest reality.

About the Author
Jivani Ghirla 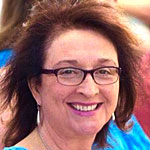