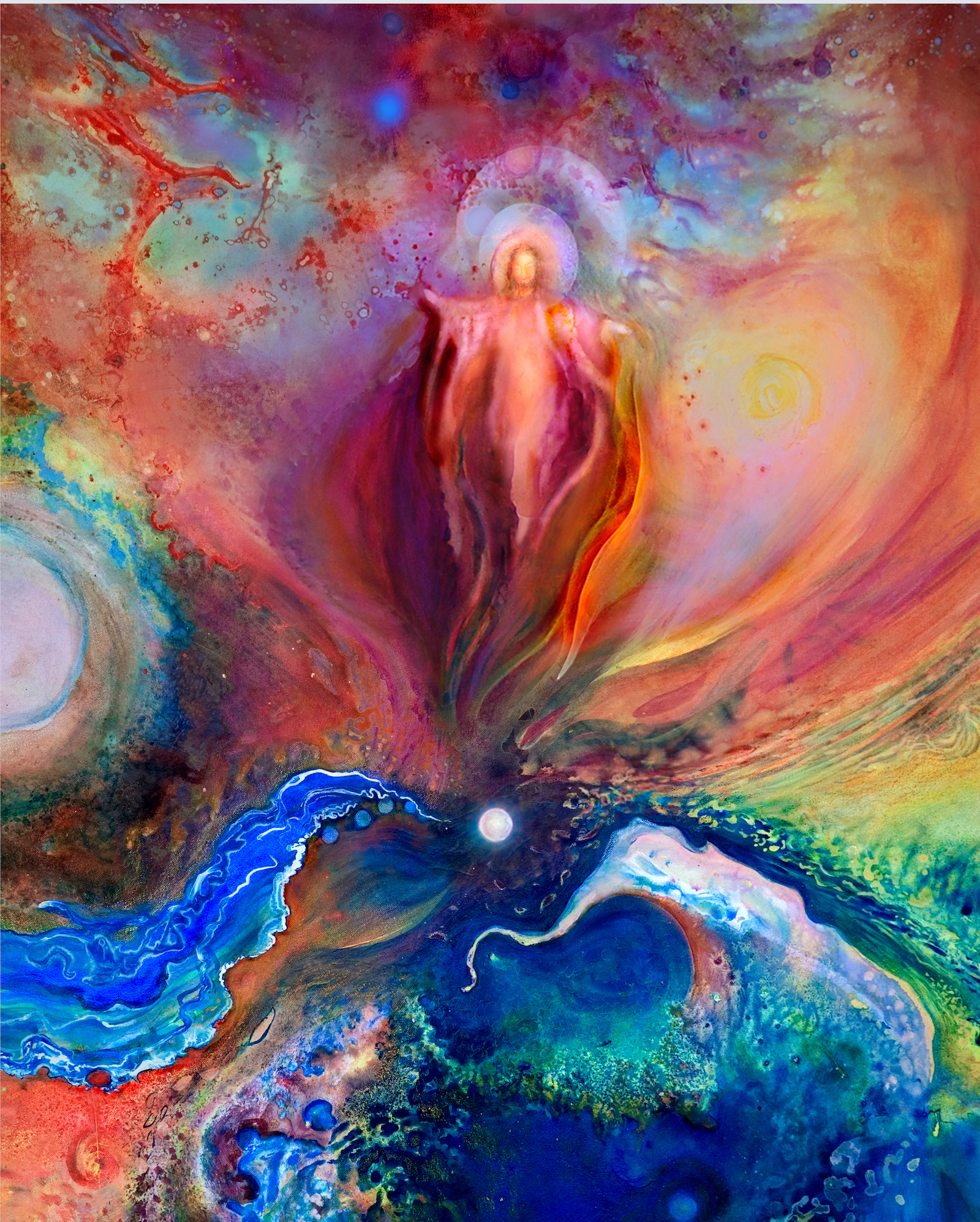 Parmahansa Yogananda explained that there are four aspects to our consciousness: Mon, Buddhi, Ahankara, and Chitta. We perceive with the mind (Mon); define with the intellect (Buddhi); identify personally with the ego (Ahankara); and feel one way or another about things (Chitta). Most people identify their capacity to feel with their emotions and therefore, with the reactive process.

Chitta is more than an aspect of consciousness:  It is consciousness.  In man, chitta is far more than the reactive feelings in his heart: It is deep, intuitive feeling, which defines the very consciousness of self. In divine consciousness, chitta becomes cosmic feeling: not that of the ego, but of the divine Self: Absolute Bliss.

In the chapter in Autobiography of a Yogi entitled, “An Experience in Cosmic Consciousness,” Yogananda described his first experience of Samadhi, oneness with God: “I cognized the center of the empyrean as a point of intuitive perception in my heart.” He experienced the center of all creation as a point of intuitive perception within his human heart.

When the feeling flows upward from the heart toward the brain, and through the brain to the “spiritual eye” in the forehead, perfect mental and emotional equilibrium is achieved. Feeling, if not “kept in a state of reason”—which is when its flow is upward—can become caught up in emotional likes and dislikes, and focused more on its subjective reactions than on objective reality. Reason, on the other hand, unsupported by feeling, is barren and loses a real sense of purpose. When reason is divorced from feeling, the mind spins webs of endless theorizing but lacks the incentive to act upon them.

Feeling and reason are complementary halves of one whole. When they are brought into harmonious balance, the creative flow rises effortlessly from a well-spring of intuitive perception. Feeling is the shakti of reason. It gives the masculine half what is needed, to energize it. On the other hand, if feeling is not directed toward reasonable ends it can lose its grip on objective reality, and even become wild and untamable.

Understanding begins not in the head but in the heart. Feeling, more than reason is the motivating force in every endeavor. And feeling, in the form of devotion, is the prime mover in spiritual development.

Desires cause the heart’s energy to flow outward. If we want to get rid of desires, it is not enough to resist them. When you fast from sense desires you refrain from action but the seed is still in you. The only way to get rid of the seed is to offer it to God fully. By devotion, and love for God, you can win the battle. You build your faith and trust in God, step by step until you can offer everything to God.

In meditation, avoid practicing the techniques mechanically. Include the yearning of your heart to be free. Offer the ego, the little wave, to be dissolved and merge with the ocean of God. After letting go of the techniques, sit in the stillness and absorb yourself in one of the divine qualities of God, such as love, joy or calmness. Allow yourself to be fully absorbed in the divine consciousness, forgetting yourself and this world. This is how we can advance spiritually.

Yogananda described the ultimate state in his poem Samadhi:

Myself, in everything, enters the Great Myself.
Gone forever, fitful, flickering shadows of mortal memory.
Spotless is my mental sky, below, ahead, and high above.
Eternity and I, one united ray.
A tiny bubble of laughter, I
Am become the Sea of Mirth itself.

Listen to Swami Kriyananda’s song, Life Mantra.  He wrote this song after he dreamed of a choir of angels singing.