“Sometimes when I’m playing the flute and the music’s really nice, or when I’m at home playing by myself and I have parts where I can’t play, I feel so good and happy it seems as if I could burst…. I seem to get full of something.”

It was quite a surprise, in the early ‘90s, to find the above paragraph in a tattered notebook from sixth grade. Partly because I was amazed that I had been keeping a journal as early as age eleven, and that, in my very first year of playing the flute, I was already aware of the power of music to uplift and transform one’s soul. Some thirty years later I would come to experience the inner reality of making music an important aspect of my spiritual path and a key to my personal dharma.

When I first came to Ananda Palo Alto in 1998, I had been working as a professional freelance flutist and private teacher in the San Francisco Bay Area for over fifteen years. As I felt more and more drawn to Ananda, I was deeply moved by the singing; I recognized that something was going on that wasn’t your typical church choir experience. I’d never met Swami Kriyananda and, although I was well on my way to accepting Paramhansa Yogananda as my guru, I had a harder time understanding how Swami Kriyananda fit into the picture.

The power of Kriyananda’s music

I had picked up a free tape one Sunday after service, entitled “The Spirit of Ananda in Music,” which consisted of a variety of Kriyananda’s music— chants, Joy Singers’ songs, choir pieces, and several selections of Kriyananda singing solo. So one night I decided to play it while I worked on an art project. On the one hand, I was enjoying the vibration of the music, while on the other hand, my trained musician’s ears were critically assessing every note.

When Love Is a Magician began, my critical faculties prepared to resume their fun and games. But as Kriyananda started to sing the words, I felt something pierce my heart, bypassing my mind and intellect altogether, and I began to cry. Actually, “sob” is a more accurate word, and that’s what I did for the entire song.

Thankfully, I had some experience of how God works—that combination of intense emotional release and deep inner knowing that often signals major shifts in my awareness. So I immediately “got it” that something very important and profound was happening to me. From that moment I simply knew that Swami Kriyananda was someone I could trust—as my spiritual teacher and friend, and as a musician—and I opened my heart to him.

I was accustomed to diving into the music scene at every church where I’d been a member. But at Ananda it was different. I soon learned that the skill with which I played the flute wasn’t of primary importance. The focus was on attunement, which required of me the flexibility, patience, and openness of mind that would allow me to tune in to what Divine Mother had in mind for me. This is a challenge musicians often face at Ananda—the willingness to humbly ask, “How can I be Divine Mother’s musical instrument?” Without that willingness, we can miss much of the sweetness and potential for inner growth that the music of this path offers.

As a college music major, I was known as the “warm-up queen,” because I would start my practice session with an hour and a half of harmonics, long tones, and scales, leaving limited time to actually work on my assigned music. Looking back, I realize that my routine was a form of meditation, requiring great concentration and mindfulness of every subtle nuance. I would remain in that focused space for up to thirty minutes at a time, actively centering, refining, and purifying the tone. The wonder of it was that, when I maintained that routine, I grew to trust that things would work just fine in performance, allowing me to lose myself in the music in a way that couldn’t happen otherwise.

What I loved most was pouring myself into the music and feeling the energy of it take over my entire being—whether playing Bach trio sonatas in recital or experiencing Puccini’s La Boheme from the center of the San Francisco Opera orchestra pit.

For me, music has always been about deep inner feeling. But what a profound difference it makes to immerse myself in Kriyananda’s music—music that comes from the highest level of consciousness with the power to uplift and inspire both listener and performer.

I now realize that these thirty-odd years of playing flute were simply preparing me for the joyous experience of being able to say, “OK, Divine Mother, here I am, make your music through me.” And, to my continuing awe and gratitude, she does—blessing me deeply in the process.

About the Author
Bhagavati Nani 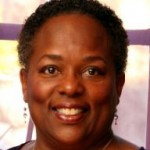