One fine fall day I was driving on the gravel road that leads north from Pyramid Lake into the Smoke Creek Desert of northwestern Nevada. After many miles with no sign of habitation, I came upon an old homestead in considerable disrepair with doors missing or ajar on rusty hinges.

The only cars around were l950s models…

The only cars around were 1950s models with various essential parts missing. There was a good spring of water. It apparently flooded during wet spells, causing the weathered clapboard bunkhouse to sink a few feet into the soil. Its ceiling was neatly covered with rectangles of heavy paper. These were the blank backs of World-War-II-era posters warning of the establishment of an aerial bombing range nearby. On a narrow ledge above a window frame was an inexpensive nib pen still patiently awaiting the reach of the hand which laid it there half a century or more ago.

Closer to the road was the family home and that tiny house was a tidy wonder. It was all “make do,” with kitchen cabinets made of salvaged lumber and wooden sewing thread spools for door pulls. It definitely had a woman’s touch but also the touch of a man who lent his hand to hers to build together something good and right, no matter how humble. In the little bedroom still stood the white-painted iron bedstead, and outside all around the foundation were planters for flowers. 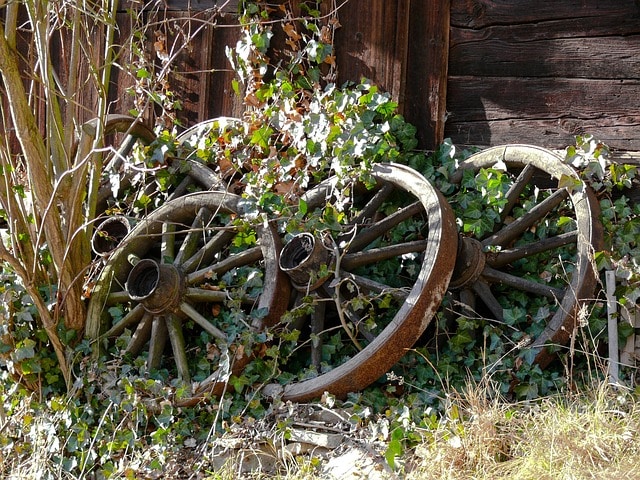 These and many other things I saw there – evidence of something ordinary yet extraordinary. I remembered perhaps hundreds of similar rambles in other lonely borderlands between humanity and nature, where the sage and the soil swelled with a story and the wind whispered wisps of wisdom. If I could only understand them! In places like this, my soul seems to sense freedom and leaps in the ego’s womb – it’s scary in a wondrous way. But this time I asked Divine Mother, “What’s going on?  What is this haunting feeling?”

At this, my robust and sturdy mind confidently elbowed its way to the fore: “Okay, so a cowboy and his wife pulled themselves up by their bootstraps here, dating say from before 1920.  I’d guess their kids finally came and took the old folks away sometime in the late ’70s by the look of things. And now, the relatives occasionally use the boxy little hunting cabin that’s recently been set down in the driveway. So what’s here to get sentimental and nostalgic about?”

Then rising to the question, came Mr. Intuitional Understanding. He is not just what I’ve learned by studying and being blessed by Paramhansa Yogananda and Swami Kriyananda’s teachings but also by applying them, and by offering up the experiences into God’s light as best I can. He said:

OK, first of all, what these people did isn’t “past.” It exists right now, in the eternal present. Their story is vibrantly real here and now, and can be tuned into – that is, if you want to.  Much of it is quite ordinary, just as you say.

Also, people rarely come to places like this. We’re in a vast empty valley between two uninhabited mountain ranges. Perhaps two or three vehicles a day pass by on the road and far fewer ever stop here. The land is washed by winds wending their way through wild and wondrous worlds! Places like this are relatively free of the crosscurrents of people’s vibrations caused by minds’ inexorable activities in the moment and worried plans for the future. Thus it’s easier here to connect with the timeless present.

It’s easier here to connect with the timeless present…

Furthermore, these people are not as separate from you as you may think. In a way they are your closest and most precious friends – nay, they are you in your highest expression. Their triumphs and joys uplift you and yours uplift them. In your soul and in theirs, you are one in God. And to the degree that you share with them a similar understanding of the world, your communication is that much easier and more enjoyable. Thus it’s only natural that you should know their story and benefit from it.

Nature’s spirits have largely retired from areas where the masses of people are unreceptive to them; they are alive and well here. You could say they are a bit lonely though. The Paiute and Washoe peoples, who were here for thousands of years until just a few generations ago, lived in conscious partnership with them. Probably our cowboy couple ignored the nature spirits, except perhaps for a few rare haunting experiences which they only shared with each other, if at all. But the living peace of the desert will help you, as it tried to help them, to tune in to the numerous spirits of the place and to receive their enthusiastic assistance if you will open yourself to them. 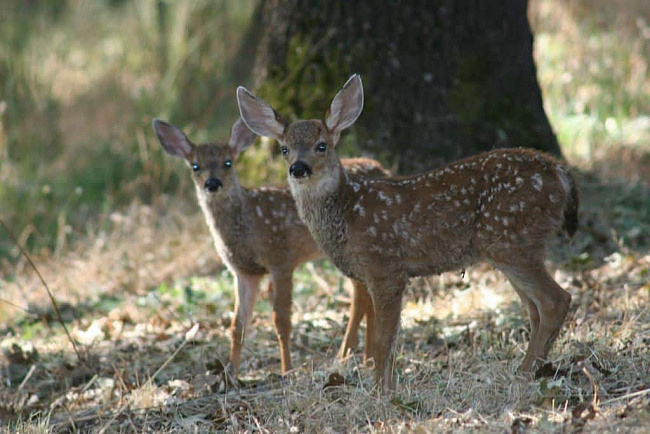 Places and things tend to soak up consciousness. Things that have been made, modified or used by hand, loved, or concentrated upon, take on a story of that use or attention. Isn’t this to be expected of Nature? Since people are Her most excellent creation – the acme of her handiwork – wouldn’t She want everything they touch to bear witness of their activities?

You know that God loves every red corpuscle that flows in our blood — every other cell too. He loves each of us at every instant of our existence. He assigns galleries of angel specialists to each individual. Through them He is constantly attentive to our thoughts, our feelings, our karmic patterns, and the actions we take. Sometimes we hear Him cheering us on, especially when we try hard to listen. He works constant miracles around us, saving us from countless calamities large and small and nudging us toward special discoveries when we’re receptive. 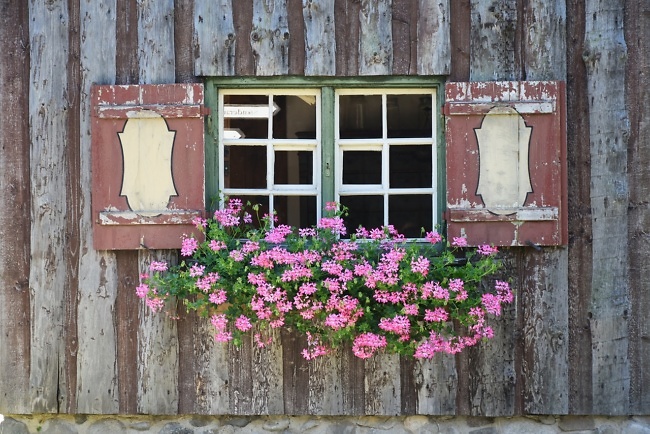 Let’s keep this in mind and, for the sake of argument, suppose that the average person would not really appreciate the rancher couple. Let’s say the average viewer would consider them to be just poor folks who wasted what potential they had in a lonely desert and had little to show for it in the end. Perhaps they were uneducated, opinionated, and inarticulate. Suppose, for argument’s sake, that even they themselves weren’t particularly conscious of the beauty in their lives. All this doesn’t really matter that much. There is much more going on here than that.

The inventive initiative expressed in their home is beautiful. You may wonder — did they love each other? One would have to say yes. The old couple’s creative love was a triumph in God’s eyes! In this and perhaps some other ways they did well, whether appreciated by other humans or not, but God appreciated it infinitely. Thunderously! You can imagine the Smoke Creek Desert ringing like a bell when they kissed! The good they did and the consciousness they developed in doing it uplifted and transformed their lives and brought them closer to God. That’s what’s really important.

When a receptive observer comes along, Nature is thrilled to celebrate the story which She has kept hidden in her bosom. (There are very few truly receptive observers around anywhere, what to speak of, in this rare and lonely place.) She’ll guide that observer, perhaps through what he thinks is his own whims, to discover piece after piece of the story. He might hear the desert ring and wonder why! An unusual bird song might lure him around a corner at just the right time to discover in the glancing sunlight the faint outlines of an inscription covered by plaster on a wall. He’ll find, partly hidden by the sand, some relic whose meaning and vibration are perfect to complete the understanding he was wondering about at the very moment he ambled by. 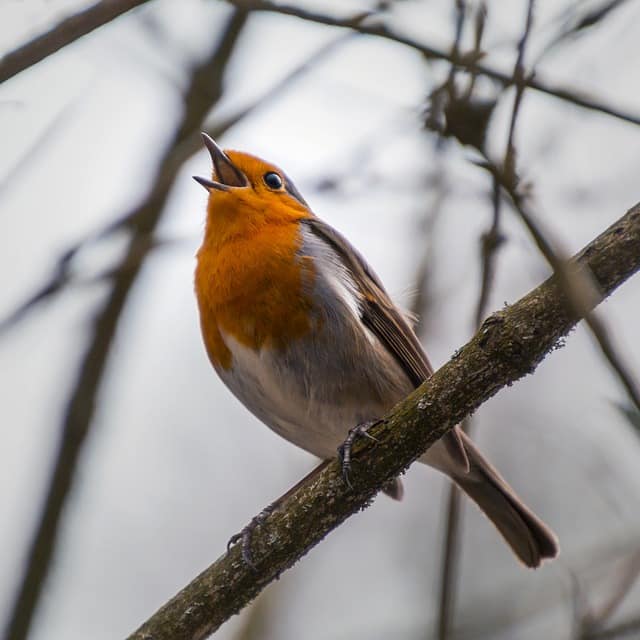 His process is more than a Sherlock Holmesian deduction. The relics are not so much clues as they are windows through which to look into a broader reality. These objects with their stories, together with attunement to the timeless present, and the grace of God’s love for the old pioneers and for us (which we will glimpse if we strive to hold great love in our hearts), along with Nature’s assistance, all combine to paint a picture for those who have eyes to see.

Does this help explain your haunting feeling that something special is going on here?

I stood before the house, bathed by the benevolent breeze, breathing the breath of ages (which is also the single inspiration of now). I was awed and grateful to see what a rich and instructive world was present at this simple rest stop on a single afternoon of vacation in the desert. Isn’t it true that this magical realm is always close by whenever we look with clarity, courage, and love?

About the Author
John (Sudarshan) 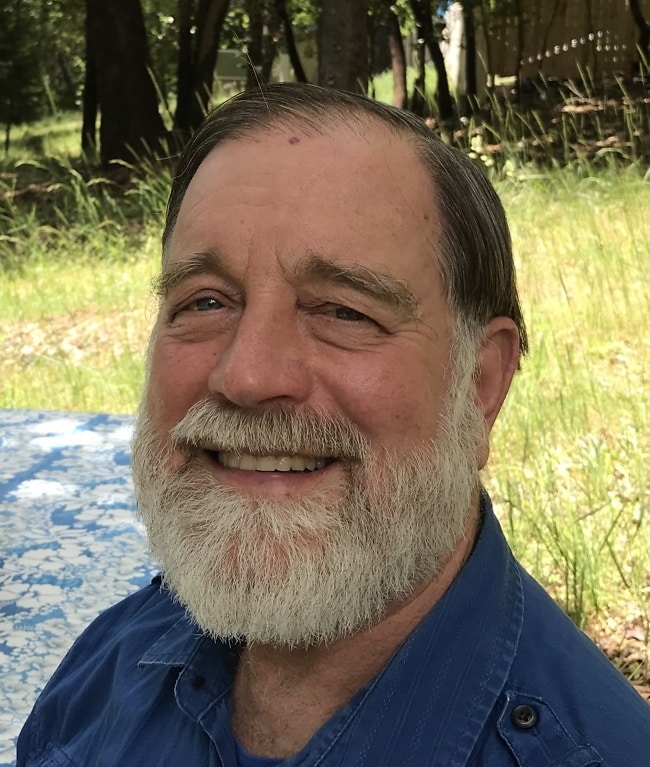