Each of us has the ability to develop the spiritual power to remain unaffected by the turmoil we find in the world today. Yogananda said that those who follow this path will be protected during difficult times to come. Since God doesn’t play favorites, what Yogananda meant by this was that people who are meditating and practicing the principles of this path will generate the type of energy that creates an aura of protection around them.

The kind of energy you put out determines what you attract in life. The karmic law functions as a hidden energy that blossoms forth and creates different kinds of magnetism that draw to us certain experiences.

The kind of energy you put out determines what you attract in life.Swami Kriyananda

Even before I came on the path, I discovered that according to the kind of expectation I put out, I attracted those kinds of results. When I got discouraged and that discouragement weakened my energy, nothing went right. When my former optimism came back, suddenly everything was going right again. Your aura, being magnetic, attracts to itself its own.

Although the experiences that come to you are determined by karma, you can change those experiences by the use of your will. There are two aspects to it. You can generate enough positive energy to neutralize the negative influences that are being attracted to you by your magnetism. To avoid accidents, for example, you can become very, very careful in everything you do, so that you’re no longer sending out that particular negative magnetism.

You can also introduce into your life a new kind of magnetism that forms a stronger protective aura around you. When the energy flow is strong, the aura is strong, and when the energy is weak, the aura becomes weak and we can become prey to all sorts of negative moods, and also illnesses. When you put out goodwill and positive enthusiasm; when you always try to see the good side of things and try to do good for others; then you create the kind of willingness that ultimately generates spiritual power.

By the practice of Kriya Yoga, by being in tune with this ray of divine power that has been brought into our lives, we can generate enough energy to protect ourselves and those within the aura of our influence. Even though you’re living through difficult times, you’ll remain untouched by them.

But we also have to take into consideration the effect of mass karma. You might, for example, not have the karma to die if you’re on a plane that crashes, but because the group karma is stronger than your own, it may determine what happens to you.

Despite negative mass karma, if the energy you put out is strong enough, you can create enough power of your own not to be sucked in — like the people who were planning to take the Lusitania and decided at the last minute not to go. Or, even if you were on a ship, you would somehow be saved. That’s the kind of protection we’re talking about.

Do things with God

In building spiritual power, there are a number of things to remember. One very important point is that you limit this power if you think of it as your own. You can generate some energy on your own, but the thought of ego, of “I,” blocks the flow of energy at the medulla. If you think, “God is the Doer. This is His power,”—then the energy flows unimpeded and with much greater strength up the spine through the medulla to the spiritual eye.

You limit this power if you think of it as your own.

We need to generate the energy ourselves, but with the understanding that we don’t create that energy. “Your own but God-given power” is the way Paramhansa Yogananda described it. You have to take God’s power, draw it by your will, and then in cooperation with that power, let the energy flow through you. What works best is to feel that you’re doing it with God.

THE IMPORTANCE OF POSITIVE ENERGY

The next thing in building spiritual power is to learn to live more in a positive spirit. Learn to say things, do things, in a positive way. We must be affirmative in our life, because this raises our energy.

It isn’t negative to see the problems. When you’re trying to accomplish anything, you need to see where it can be improved and that means to be aware of its weaknesses as well as its strengths. But it’s negative to be pulled down by what you see.

If Master said something against a person, as he sometimes did, it didn’t lower your consciousness because he would always say it in such a way that inspired you to try to make it better. When certain people talk to you about something negative, however, you go away feeling dark and helpless. Negativity is that which offers you no alternative, no solution, no way out. It paralyzes the will.

Seek positive values and positive friends. It’s a great mistake to allow negative people into your aura. Unless you’re very strong, you’ll find that in some subtle way that you’ll be affected, too. 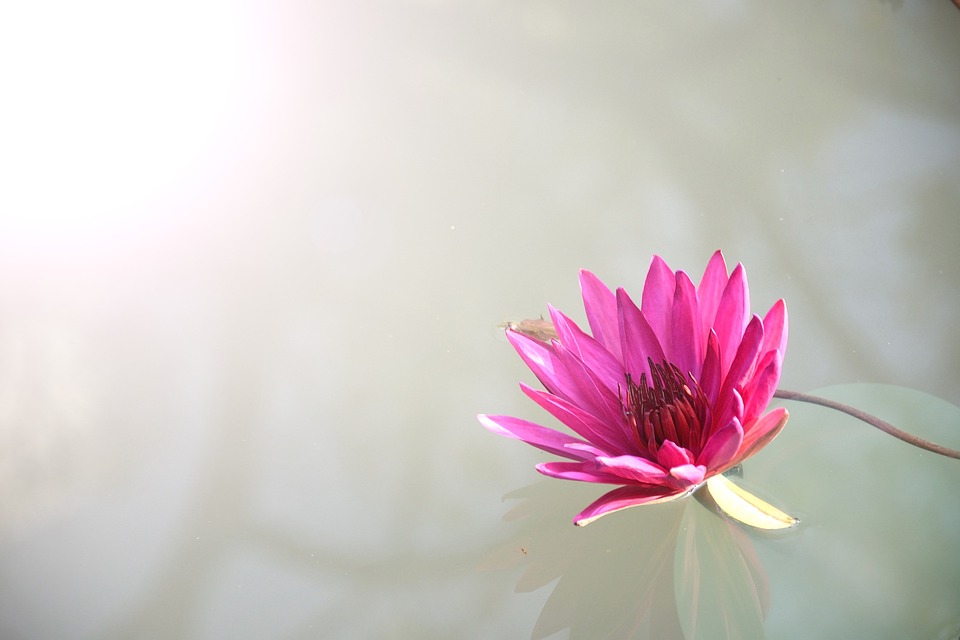 Positive thoughts create positive magnetism, and this is what draws to you what you need, and protects you from adverse influences. When you put out goodwill and positive enthusiasm; when you always try to see the good side of things and try to do good for others; then you create the kind of willingness that ultimately generates spiritual power.

As Yogananda said, “The greater the will, the greater the flow of energy.” That willingness, unblocked by doubt or opposing negativity, generates an energy so powerful that only good things will be able to come to you.

JOIN YOUR ENERGIES WITH OTHERS

Shared faith and shared practice can change the course of destiny.

A third important aspect to this subject of building spiritual power is that we’re much more effective if we join our efforts with others. If there are many people meditating by themselves, it will change the vibrations of the planet to some small degree. But when you get a vortex of energy created by a group of people either living together or living apart but in attunement with each other, that kind of vortex of shared faith and shared practice can change the course of destiny.

Finally, Yogananda said that if you are in AUM, nothing negative will be able to touch you. Concentrate on AUM at the point between the eyebrows, or better still listen to the sound of AUM within. Try to see the Inner Light and live in the thought of that Light.

You can’t really solve things just by reading the newspaper and knowing all the terrible things that are happening throughout the world.

You don’t need to know all about the shadows in order to understand the Light.

In these ways you will build spiritual power, and whatever good can be accomplished through you will have great effectiveness. Share that Light with others, live in the thought of AUM and of God, and then actively radiate it outward. It will not only change your life, but the lives of countless others as well. 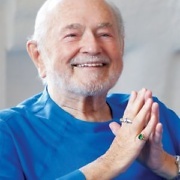 Please visit swamikriyananda.org to learn more about the life and legacy of Swamiji.