Read the Stories of Yogananda Introduction

Mukunda’s parents were deeply devoted to Lahiri Mahasaya. They always kept a beautiful picture of Lahiri on a small altar in their home. Many times Mukunda could be found meditating in front of the altar with his mother. He learned to love Lahiri more and more as the years passed. Often, during his meditations Lahiri’s picture would change from a photograph to a living form and sit before the young Mukunda. However when he would try to reach out and touch the master’s feet, the vision would return to being a photograph again.

When Mukunda was eight years old, he became very ill. He was so sick that he couldn’t get up from bed. The doctors could do nothing and everyone was afraid that he might not live. Mukunda’s mother was very scared, but she had great faith in her guru. She motioned to the picture of Lahiri that hung on the wall above Mukunda’s bed. “Bow to him mentally!” She knew that Mukunda was too weak to do it physically. “If you really show your devotion and inwardly kneel before him, your life will be spared!” 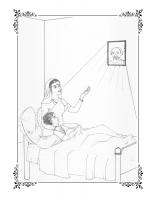 As Mukunda gazed at the photograph a bright light came out of the picture and filled his whole body as well as the entire room. Instantly he was healed. His illness was gone and his strength returned. Yogananda knelt to touch his mother’s feet to thank her for her wondrous faith in her guru. Gyan Prabha repeatedly pressed her head against the little picture of Lahiri saying, “O omnipresent master, I thank thee that thou hath healed my son!” Mukunda realized that his mother had also seen that beautiful healing light that had come out of the photograph. Mukunda loved that photograph which had been given to his father by Lahiri himself.

Download the PDF The Healing Light from Lahiri Mahasaya (2.65 MB) 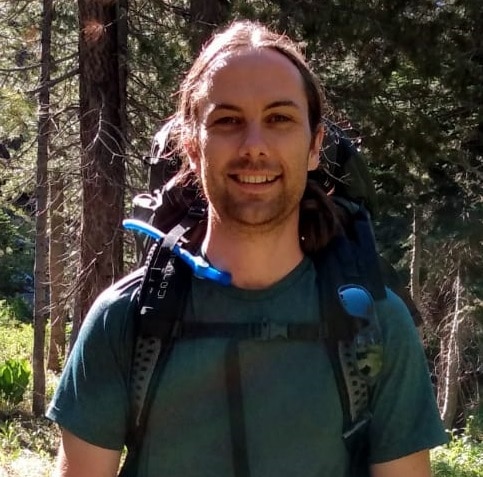