Paramhansa Yogananda’s message is for the world. The raising of consciousness through meditation. The practice of kindness and compassion to all mankind. The understanding that God comes to us as Love, Wisdom, Peace, and Joy. These are all concepts that people everywhere can accept and appreciate.

But Yoganandaji didn’t only bring a message of hope and kindness, he brought a path to Self-realization. The path he brought will ultimately be for the masses but at this time there are very few who are ready for it. Why? Because it’s not easy! It isn’t all warm and fuzzy – it is hard work.

Master said, “Some people come here for a little glamor but they aren’t the ones I’m here for.” Though his message went to many thousands, even during his life of touring around the country and world, there were very few disciples that stayed with him through the difficulties of the path. He said his way was much softer than his guru, Swami Sri Yukteswar’s way, and still Mt. Washington was described like a hotel because of how quickly students left under his training.

At a lecture with more than 5,000 people gathered, he said, “We’ll be lucky if five come to stay for the training.” And how many of those five truth-thirsty souls continued on beyond receiving the technique of Kriya Yoga?

I’ve found this thought helpful because I recently had an exchange with a sensitive soul. She had been coming for a while and felt like part of the family. Someone said something that hurt her feelings and she asked for my opinion. My response was basically, “If I told you it’s all the other person’s fault, I wouldn’t be acting as a true friend. Instead, I’d like to tell you what I think will help you grow stronger spiritually.”

Of course, the path always tells us to look within for the answers, to stop blaming the world and everyone around us for our problems, to criticize no one (except ourselves, when we find ourselves criticizing others). This sounds good in theory but when asked to put it into practice, it doesn’t always feel good to the ego. In fact, the ego will do everything in its power to tell us that no one is on our side, that the world is against us, and no one understands us, “It may be that people mirror back to us what we need to work on but not in this situation!”

Unfortunately, my friend didn’t want the path as much as she wanted her own hurt feelings to be validated. There is a time and a place for validation and there is a point when it simply becomes a waste of time. When it is putting down a fellow devotee, you can rest assured, it is a waste of time.

If Ananda communities merely became a place for people to live happy little lives in a safe sweet environment, we would end up doing a disservice to the world. Anyone who acted outside of what was acceptable would be sent packing from the community and only the “good, peaceable people” would remain. Then we would end up with a group of hypersensitive people, walking on eggshells not to hurt each others feelings.

There is a beautiful story that illustrates this point from the life of Saint Therese of Lisieux. A “prickly” nun who had a particularly challenging personality was giving all of the other sisters grief. One of the nuns came to Therese and asked her why they should have such a challenging person in their convent. The saint surprised her by saying, “If we didn’t have her, we’d do well to go and find five others like her and bring them here.” Her point was that life’s challenges are what bring us closer to God.

We won’t find harmony by pointing a blaming finger at anyone who acts inharmoniously or by pretending disharmony doesn’t exist. The point is to find harmony within and to realize that no one is going to act the way we want them to… probably ever! And to be at peace with that. To accept people exactly as they are and to see their highest potential; that is true harmony and why Swami Kriyananda built Ananda on the principle that “People are more important than things.” It isn’t easy, but, it is the path.

P.S. For those of you who follow our blogs and read “A Gift or A Burden,” the set of silverware was sent to us with a message of goodwill and no conditions attached.

About the Author
Nayaswami Dharmadevi 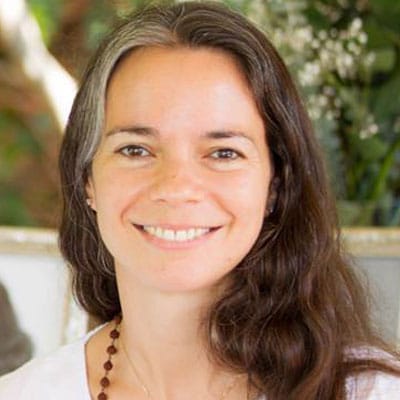