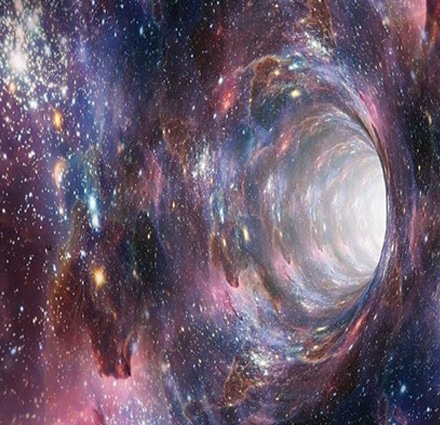 If ignoramuses misread the heavens and see there a scrawl instead of a script, that is to be expected in this imperfect world. One should not dismiss the wisdom with the ‘wise.’
–Swami Sri Yukteswar

Paramhansa Yogananda’s guru, Swami Sri Yukteswar, was an astrologer who was critical in his assessment of most astrologers.  In addition to the above quote he said, “Charlatans have brought [astrology] to its present state of disrepute. Astrology is too vast, both mathematically and philosophically, to be rightly grasped except by men of profound understanding.” In articulating that vastness, he also provided us with an explanation about why we are born at a particular time:

“A child is born on that day and at that hour when the celestial rays are in mathematical harmony with his individual karma. His horoscope is a challenging portrait, revealing his unalterable past and its probable future results. But the natal chart can be rightly interpreted only by men of intuitive wisdom: these are few.”

Yukteswar helps us to appreciate that astrology cannot be understood in strictly mathematical terms and is too fluid to be understood linearly.  We cannot understand the stars by imposing a system of aspects and rules upon them.  Practicing astrology mathematically is like deciding the background and history of a stranger solely by the clothes he wears and the car he drives.  Mars in the sixth house in Virgo squaring Saturn in the ninth house in Sagittarius will not mean the same thing every time and everywhere for everyone.  Only those who can sensitively and harmoniously commune with the energies of the planets are in the best position to understand the influences they exert and the karmic lessons they represent. Astrology at its core is an intuitive exercise even if clothed in mathematical garments.

He encourages us to look at our astrological aspects as a challenge to rise above current states rather than as a guarantee of destiny and what will happen in the future:

“The message boldly blazoned across the heavens at the moment of birth is not meant to emphasize fate—the result of past good and evil—but to arouse man’s will to escape from his universal thralldom. What he has done, he can undo. None other than himself was the instigator of the causes of whatever effects are now prevalent in his life. He can overcome any limitation, because he created it by his own actions in the first place, and because he has spiritual resources which are not subject to planetary pressure.”

Astrology is a daunting subject for many people who find it enveloped in misunderstanding and confusion.  They perceive astrology to be locked in a world of numerical complication or, conversely, shrouded in mystical fog.  Consequently, some will follow astrology dogmatically or turn away from it entirely labeling it a fools’ science.

Yogananda himself did not give much credence to astrology until Yukteswar prescribed his use of an astrological bangle to ward off a health crisis.  In the aftermath of this episode, Yogananda’s attitude toward astrology changed and his faith in his guru was reaffirmed. Yogananda writes, “I wear even now the heavy silver and lead bangle, a memento of that day—long—past, ever-cherished-when I found anew that I was living with a personage indeed superhuman.”  Interestingly, Yogananda highlights the liberating power of the guru at least as much as the protective power of the bangle.

The planets and stars exert an influence on each of us whether we believe in their powers or not. Yukteswar tells us that, “The law of gravitation worked as efficiently before Newton as after him. The cosmos would be fairly chaotic if its laws could not operate without the sanction of human belief.”

Fate and circumstances will change for each one of us when we grow and strive to improve.  Our stars only show us the best routes to follow for improvement and better outcomes.  Just as reading a map is important when going on a road trip; it is helpful to know the best roads and the conditions along the way to have the best journey.  The preparations and precautions we undertake will help us to reach our destination of happiness and freedom.  Yukteswar wisely counsels, “It is only when a traveler has reached his goal that he is justified in discarding his maps.  During the journey, he takes advantage of any convenient short cut.”

So how should you choose an astrologer?  Rather than thinking about who has the right or best system, consider who is giving you the best and most useful advice.  A good astrologer will make sense to you and encourage you rather than confuse you.  When you have a conversation or reading with an astrologer, you should feel uplifted and inspired to make a greater effort in your life.  Astrology is a helpful tool in the hands of those who best know how to use it and implement it in useful and practical ways.  The essential message of astrology is to overcome the stars not to be their prisoner.

Astrology is meant to arouse the desire to be better than we are and to rise above our negative circumstances.  It is not meant for us to “make guilty of our disasters the sun, the moon, and the stars” as if we were compelled by “enforced obedience of planetary influence.”  Astrologers should emphasize how we can use our strengths that we have from past lives to overcome the negative momentums that are afflicting us in this life.  We are not slaves to our stars. Yukteswar, ever instructive tells us that:

“ [One’s astrology chart] is not meant to emphasize fate—the result of past good and evil—but to arouse man’s will to escape from his universal thralldom. What he has done, he can undo…The wise man defeats his planets—which is to say, his past—by transferring his allegiance from the creation to the Creator. The more he realizes his unity with Spirit, the less he can be dominated by matter. The soul is ever-free; it is deathless because birthless. It cannot be regimented by stars.”

“This is the excellent foppery of the world, that when we are sick in fortune, often the surfeits of our own behavior, we make guilty of our disasters the sun, the moon, and the stars: as if we were villains on necessity, fools by heavenly compulsion.”
-Shakespeare, King Lear