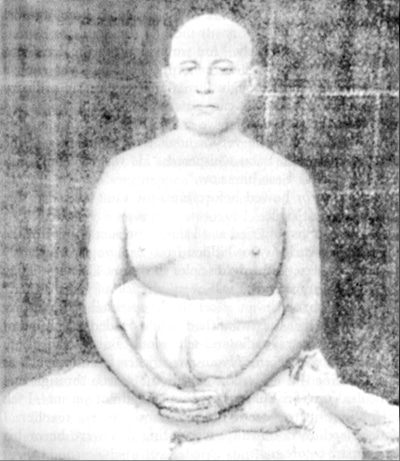 Among the many thrilling spiritual possibilities shared in the Autobiography of a Yogi, surely one of the most captivating is the idea of a “second pension.” Paramhansa Yogananda learns about this pension from Swami Pranabananda, aka the “saint with two bodies,” when he visits the holy city of Benares at the age of twelve. The exchange between the exalted swami and the young Yogananda, depicted in the book, is delightfully charming:

I found this remark very obscure. “What kind of pension, sir, do you receive from the Heavenly Father? Does He drop money in your lap?” He laughed.

“I mean a pension of fathomless peace—a reward for many years of deep meditation. I never crave money now. My few material needs are amply provided for. Later you will understand the significance of a second pension.”

The possibility of receiving a second pension of fathomless peace is bound to be extremely enticing to every reader of the Autobiography. According to Swami Pranabananda, however, one can only qualify for it “by the recommendation of the Heavenly Father.”  In sharing the following awe-inspiring account of his own journey, the Swami Pranabananda gives us invaluable insight into how we, too, may obtain this most peculiar “recommendation:”

“I will tell you how priceless is a guru’s help. I used to meditate with another disciple for eight hours every night. We had to work at the railroad office during the day. Finding difficulty in carrying on my clerical duties, I desired to devote my whole time to God. For eight years I persevered, meditating half the night. I had wonderful results; tremendous spiritual perceptions illumined my mind. But a little veil always remained between me and the Infinite. Even with super-human earnestness, I found the final irrevocable union to be denied me. One evening I paid a visit to Lahiri Mahasaya and pleaded for his divine intercession.

“‘Angelic Guru, my spiritual anguish is such that I can no longer bear my life without meeting the Great Beloved face to face! I see Thee materialized before me in a physical body; bless me that I may perceive Thee in Thine infinite form!’

“Lahiri Mahasaya extended his hand in a benign gesture. ‘You may go now and meditate. I have interceded for you with Brahma.’

“Immeasurably uplifted, I returned to my home. In meditation that night, the burning Goal of my life was achieved. Now I ceaselessly enjoy the spiritual pension. Never from that day has the Blissful Creator remained hidden from my eyes behind any screen of delusion.”

Steps to become “eligible” for the Second Pension

A careful reading of these two excerpts allows us to sift out four key criteria that Swami Pranabananda fulfilled in order to qualify for the second pension.  In his own words these are:

When studied carefully, this list reveals to us how Swami Pranabananda qualified for the second pension by uniting the four classical paths of yoga. The unified practice of these paths, Paramhansa Yogananda explained to his students, constitutes Raja Yoga, the Royal Highway to Self-Realization.

A pension, by definition, begins on the eve of retirement. Raja Yoga trains the spiritual aspirant to eventually “retire” his ego, thereby qualifying him for the second pension. All true saints, having “retired” from ego-consciousness, receive this pension, which is everlasting and can be enjoyed “ceaselessly.”

In a later chapter (Founding a Yogi School in Ranchi) when the swami visits Paramhansa Yognanada’s school, Yogananda confirms with him the ‘ceaseless’ nature of the second pension:

The body of Pranabananda, which had appeared so well and strong during my amazing first visit to him in Benares, now showed definite aging, though his posture was still admirably erect.

“Swamiji,” I inquired, looking straight into his eyes, “please tell me the truth: Aren’t you feeling the advance of age? As the body is weakening, are your perceptions of God suffering any diminution?”

He smiled angelically. “The Beloved is more than ever with me now.” His complete conviction overwhelmed my mind and soul. He went on, “I am still enjoying the two pensions—one from Bhagabati here, and one from above.” Pointing his finger heavenward, the saint fell into an ecstasy, his face lit with a divine glow—an ample answer to my question.

The path of Kriya Yoga laid out by Paramhansa Yogananda is essentially the path of Raja Yoga made practical.

In the same visit to Yogananda’s school, Swami Pranabananda lovingly admonishes Yogananda’s father to deepen his practice of Kriya:

“Bhagabati, what are you doing about yourself? Don’t you see your son racing to the Infinite? You recall how often our blessed guru used to say: ‘Banat, banat, ban jai.’ So keep up Kriya Yoga ceaselessly, and reach the divine portals quickly.”

We also by being diligent travelers on the path of Kriya Yoga can reach the divine portals quickly, win the Heavenly Father’s recommendation, and enjoy the second pension ceaselessly!