One day, as my students were filing in for their yoga class and waiting for it to start, they began to discuss among themselves the yoga poses that they hated. It was quite a spirited discussion, with people lobbying fiercely for the “worst” yoga pose!

Overhearing this, I suddenly had an inspiration. When they were all settled in and ready to begin, I asked each person to tell me his/her least favorite yoga pose. The diversity was quite wide — the guy who hated anything resembling a forward bend, the woman terrified of backward- bending postures, the student who was struggling with balance poses, the downward dog hater, and even someone who disliked warrior pose and didn’t even see the point of it!

I knew what I had to do. On the spot, I reorganized my lesson plan for the day: I decided to include all these dreaded poses. I really took my time with them, giving extra information and instruction on their finer points, giving individual attention to those who were especially struggling with (i.e., hated) them.

It turned out to be a really great class that the students loved — in spite of their groaning, there was actually a lot of laughter that day. Several students came up to me afterward and told me they had experienced a break- through, particularly with respect to attitude!

I think that in the future I shall use this idea again. I did it toward the end of a 10-week series, when the students were already familiar with the basics. It probably would work best for an experienced teacher, since you’ll have to arrange all these poses, right on the spot, into a balanced routine. But if you can make it work, it’s really worth a try.

About the Author
Lynn Lloyd 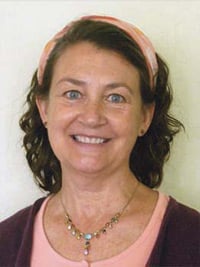