-Excerpted from the book‚ How to be a Channel by J. Donald Walters 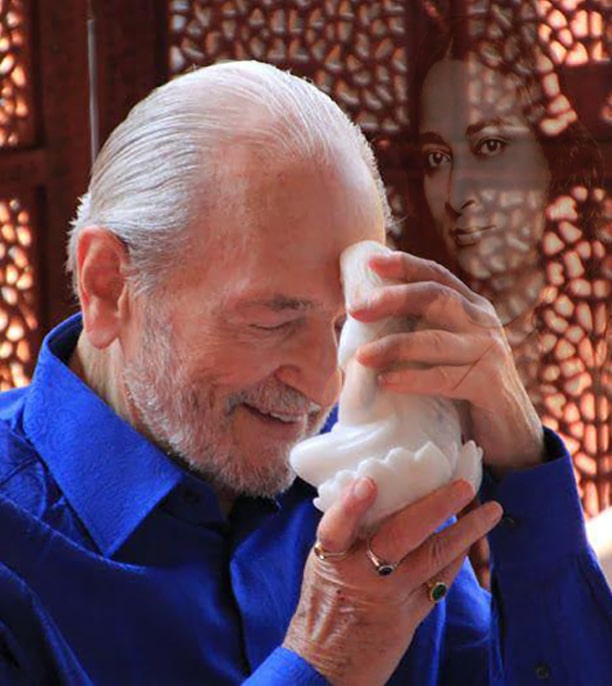 There are as many possible kinds of channeling as there are people. For it is human beings who determine the quality of any magnetic appeal they send out for channeling. Each of them has his own nature‚ his own special combination of interest‚ and desires.

The spectrum is as wide and as varied as humanity itself.

An important point to remember about channeling is that not only does the channel’s own personality influence whatever inspiration he channels: He also becomes influenced‚ in turn‚ by that which flows through him.

In this fact we see a valid interpretation of the saying of Jesus: “For he that hath‚ to him shall be given: and he that hath not‚ from him shall be taken even that which he hath.” (Mark 4:25) For according to the kinds of vibrations we emanate‚ we receive in return. And if we emanate nothing—if‚ in other words‚ we live habitually in a state of mental poverty‚ apathy‚ and dullness‚ we release into the great void we have created around ourselves what little magnetism we may once have possessed—like a small planet that slowly loses its atmosphere for lack of sufficient gravitational attraction to hold it.

As we ask‚ so we receive

An American army officer during the Second World War was posted to the north of India. Living near the border‚ it was possible for him sometimes to enter into Tibet. On one of his several visits there‚ he expressed an interest in Tibetan black magic. Perhaps he thought the subject merely a quaint matter of folkloric interest. Or perhaps he considered it amusing.

In any case‚ somehow he managed to encounter a man who agreed to take him to a gathering of black magicians. This person disguised him suitably in a heavy‚ black robe with a cowl. For he warned that‚ were he discovered‚ his very life would be forfeit.

It was dark when he arrived. Magicians were gathering from all directions. As they arrived‚ they sat on the ground in a wide circle around a fire‚ their cowls partially covering their faces. Their leader‚ seated to one side on an elevated slab of rock‚ began the proceedings by blowing a series of eerie blasts on a horn made from a human thigh bone. The assembly then began swaying left and right in unison‚ and in deep tones to chant: “Yamantaka‚ Yamantaka.”

The American at first joined them in what may have seemed to him merely a game. Gradually‚ however, he found his thoughts becoming seized in the mounting power that was being generated by the chant‚ until he couldn’t have resisted the others’ fervor even if he’d wanted to.

After some time, a succession of demons appeared in the circle‚ each vividly personifying a base human quality such as anger‚ lust‚ or greed. Then, at last, appeared Yama himself‚ the demon of death.

Yama began a ponderous dance‚ human skulls clanking in a long garland around his neck. Gradually‚ the American‚ who by this time felt himself completely one in consciousness with the others‚ felt a growing power emanating from this demon that was reaching out in a conscious effort to overwhelm them.

Urgently‚ with united will‚ the circle then exerted themselves to the utmost to drive back this force and prevent it from overpowering them. Slowly‚ the demon disappeared. The power in the circle subsided. And the magicians‚ rising in silence‚ returned through the darkness to their homes.

It would be foolish to imagine that those men‚ in drawing power from such entities‚ remained unaffected themselves!

Playing with the dark forces is by no means the joke so many people—intellectuals‚ especially‚ proud in their Twentieth Century “wisdom”—imagine it to be.

I remember once going into a metaphysical book store that‚ as I quickly discovered‚ carried a large selection of books on black magic. The moment I entered‚ I could sense in the atmosphere of the place something evil and unwholesome. I turned at once‚ even though a sales lady was already asking me if she could be of assistance‚ and left the shop. The lady herself revealed in her eyes the negative consciousness she was merely there to sell.

All of us have flashes of intuitive insight now and then

Another time‚ after I’d given a lecture‚ a lady approached me and‚ standing before me challengingly‚ stared at me with wide-open eyes‚ and demanded‚ “What sign am I?” meaning‚ “what astrological sun sign.”

So demanding was she that I found myself unexpectedly drawn into the game she was determined to play. I gazed at her a moment‚ then said‚ “Capricorn.”

“Right. What day of the month was I born?”

I wanted to say the fourteenth. But that was my father’s birthday‚ so I thought maybe I was being influenced by that fact. “The fifteenth?” I said‚ more questioningly.

“Close‚” she replied. “The fourteenth. But‚” she concluded‚ “you’re good!”

“Indeed?” I thought. “And good for what?” I felt somehow brought down by the encounter‚ though it lasted hardly twenty seconds. And I determined there and then never again to let myself be a channel for useless inspiration.

All of us have flashes of intuitive insight now and then‚ some more than others. And some make a bigger thing of it than others do.

You’ve surely had people come up to you occasionally‚ perhaps at a party‚ and‚ staring you in the eye‚ profess to see something in you that either you weren’t expected to know‚ or that only you‚ presumably‚ could possibly know. Their primary motive in speaking‚ obviously‚ has not been so much to help you as to impress you with their psychic insight.

When channeling becomes an affirmation of the ego‚ the ego‚ which acts as a filter for the information it transmits‚ eventually becomes too dense to channel at all. Meanwhile‚ the very act of channeling actually lowers‚ instead of raising‚ the consciousness. For egotism invariably carries one down deeper into delusion.

People will go to great lengths‚ unfortunately‚ to impress others with their psychic ability.

I was scheduled to give a series of classes some years ago in San Francisco. Someone telephoned me to make a few inquiries about them. After I’d answered her questions‚ she asked‚ “What sign are you?”

She went through ten of the twelve zodiacal signs. On the eleventh guess, she got it right.

“It figures!” she announced smugly.

There is a story in India that some saint in ancient times placed a curse on all astrologers. Put this way‚ it seems a fairly sweeping denunciation‚ and hardly the sort of thing that one might expect of a saint. If‚ on the other hand‚ the man was merely commenting on a quality he’d observed in people with a tendency to probe uninvited into the privacy of other people’s minds and lives‚ he may merely have been making an astute observation. For such people do often seem to be living under a sort of psychic cloud‚ as though their constant probing into others’ lives left them not entirely clean.

I don’t at all wish to imply that everyone who engages in astrology or similar arts falls in the same category. I have known people with remarkable insight‚ for whom their art was a means of sincerely helping people‚ and whose own lives benefited as a result. It’s a question of who the person is helping‚ and how.

Is he merely serving his own ends?—using people‚ in other words‚ in order to gain recognition or power for himself? Or does he see his science as an opening through which he can serve others? Are people the reality with which he deals? Or are they‚ to him‚ merely “types‚” which he pigeonholes to justify his pride in his skill? Are people more real to him than his science?

An Indian I knew had studied palmistry in his own country. In America, he once offered to read palms for people at a fund-raising event. A woman requested a reading. He inspected her palm for a time‚ then solemnly announced‚ “You have two children.”

“I haven’t any children!” she replied‚ astonished at his self-confidence.

Laughing‚ she summed up her reaction for me later: “As if I might have in fact had a child or two‚ here or there‚ but somehow forgotten about them!”

Channeling can very easily get to be an “ego game.” Unwarranted intrusion into the lives of others‚ moreover‚ is no different‚ essentially‚ from entering a person’s house merely because the door is open. The difference‚ in this case‚ is that what many psychically inclined people often try to do is force open the door.

If you are interested in developing your ability as a channel‚ keep in mind that there are many bands of color in the spectrum of channeling. I assume that if you were interested in black magic you wouldn’t be reading this article. But even in white magic—attunement to forces‚ in other words‚ or to levels of consciousness that are not harmful‚ and sometimes even beneficial‚ but that are not of a particularly high order—there is a great deal of energy expended. Ask yourself: Is it worth it?

If you understand that you yourself will be influenced by whatever inspiration you channel‚ you will realize that channeling is something to be taken very seriously. It should not be treated as a parlor game. Too often‚ people try to channel as a means of “seeing into” others. But the real job before us in life is to see into ourselves—into our own hidden motives and desires‚ and into the self-justifications we offer ourselves and others for the errors we commit. Our job‚ as the ancient Greeks put it‚ is to know ourselves. Channeling of the right kind can help us in this sense especially.

And only by loving the light can you become a channel for the light.