Jewels of stream and house

The thing that Valentine remembered even from his earliest memories was the house. It was perfect. Set in a series of gardens and vineyards, each more beautiful than the last, strung together along a stream that meandered through the place. At one point providing a large pool where luminous fish swam lazily in the shadows, in another a happily babbling brook. A waterfall sending mist into the air to be turned into rainbows from the sunlight filtering through the trees, before ending in the Tiber River.

His house was a white jewel in the midst of this garden. It had long colonnades, beautiful courtyards, and patio around every corner. To Valentine, who sadly was orphaned as a small child, this vast house, manned as it was by a dozen or so slaves, was more than a home or a family. It was his world. Endlessly he contemplated things like which herbs and trees should be planted where. Should a fountain be built here or over there? Who shall we invite to dinner next weekend? And so on.

Valentine was Roman. He lived in Rome about 250 years after Jesus at a time when Christianity was spreading throughout the Roman Empire. Like most Romans, he believed that when he was asleep and dreamed about something, it was his duty to bring it into his waking world.  And what Valentine dreamed about more than anything else was, of course, his home. This was where he got his many ideas of what to do around the place.

Once he dreamed of flocks of white doves flying above the courtyards and through the colonnades. So he bought doves and trained them, loving to watch them flying about and filling the garden with song. He dreamed of sitting under an old olive tree thinking vast and courageous thoughts. And so he brought in some olive trees and planted them in his garden. Though they seldom bore fruit, they grew strong and Valentine was pleased.

Then one night he had another dream. He was in a dark room in front of a large wooden table that was full of burning candles of all shapes and sizes. The walls of the room were lined with benches, which were filled with radiant men, women and children softly smiling, their eyes warm and filled with love, gazing at him. He closed his eyes and he felt himself soaring upward and when he opened his eyes he was floating among the stars. Stars, planets and whole galaxies were in front of him, below him, and all around.

And then he woke up. “Ah,” he thought to himself, “I’ve got to make a room just like that one.” And so he jumped out of bed and raced down the hall calling to his two most trusted slaves, “Aurelia! Damien! Come quickly! We have much to do.”

He found the perfect good sized room with high ceilings and doors that opened onto a balcony that overlooked the vast gardens. He spent the day finding the right table and benches and having them brought up to the room, and then arranging the candles on the table. At last, as the twilight was fading into darkness, the candles were lit. Valentine stepped back from the table, his eyes wide. “Perfect!” he said softly to himself, “Just perfect!”

Aurelia, an elderly woman who had been a slave of his parents long before he was born, walked up to him with a beautiful smile on her face and hugged him. She hugged him! A slave hugging her master! He stepped back in wonder. “Come,” she said. Taking his arm she led him through the house, down into the basement under the baths, past the furnace room, through a doorway into a room with benches lining the walls and a table covered with candles. 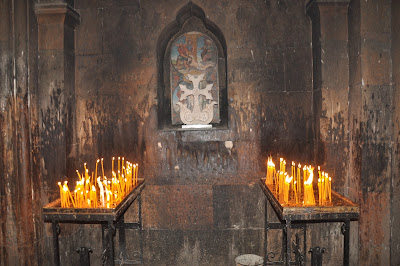 “We have all been Christians for many years now,” she said, speaking of the rest of the slaves, “and this is our temple. Many years ago I brought you down here and you were secretly baptized.”

Valentine slowly began to understand that they had mistaken his actions as some sort of public statement that he was a Christian. It would be rude and simply not right to disillusion them at this point, and so he went along with it.

From politeness, Valentine embarked on a course that was filled with many wonders. One thing was the music; lone voices with no instruments. Voices filled with longing and devotion unknown to him before, floating through the house as though the house had been waiting for it.

But what he loved most were the ceremonies. When the candles were lit in the upper room for their service, it seemed the whole house was aglow inside and out. When babies were brought to the house to be baptized, he beamed with delight at their little cries and their tiny hands and feet.

His favorite of all were the weddings. It was as though the house, the gardens and he himself were made for weddings. At first, there was one every couple of months or so. Valentine would help in whatever way he could. Then he was asked to marry one of the couples. So he became a minister and more and more couples came to him to be married.

There was something about it all that made him feel he was becoming more himself. The vows that the couples made to love each other no matter what fate had in store for them caused him to reflect on the relationship he himself began developing inside with God. He vowed within himself to love the God that had enriched his life more than he had dreamed possible.

He took great delight in helping all the couples with all the details of their weddings: finding exactly the right spot in the garden or in the house for the ceremony, just the right songs to be sung, or the tiny white flowers for the bouquets. Soon it seemed that every Christian couple within reach of Rome was getting married by Valentine at his house.

Then one day the Emperor, whose name was Claudius, banned marriage. Anyone caught performing a wedding ceremony would be killed. His concern was that if the young men of Rome got married they would not want to go off and fight with the Roman army. Even worse, he banned it on February first.

In ancient Rome a February bride was akin to a June bride today; it was Valentine’s busiest month. When Valentine heard the proclamation he ignored it and set about performing the weddings he had scheduled. For a few days, all was well, but word got back to Emperor Claudius that Valentine was defying his order.

On the 14th of February, mid-ceremony of Valentine marrying four couples, the Praetorian, the Emperor’s personal guards, arrived to arrest him. Valentine protested his arrest saying, “These are Christian weddings, not real Roman weddings. People leave here and go to the temple of Juno and have a legal wedding done. Surely it is only the real weddings that are banned.”

A Praetorian who was a friend of Valentine shook his head slowly, “Valentine, you are a dead man. Just this morning the Emperor banned Christian weddings from Rome.” Valentine was arrested. Being the eve of the seven-day feast of Lupercalia, honoring the Roman god of fertility, the Emperor decided it was inappropriate to execute the only minister left in Rome to perform weddings. Until the festival was to end, Valentine was imprisoned in the top of a tower across the field from his estate.

As he stepped into the cell he saw, perfectly framed in its only window, a view of his house, a perspective he’d never seen before. Its beauty gave him much happiness. The jailer’s daughter Julia was blind, yet cooked a wonderful meal for Valentine. She kept him company through the barred door.

On the stormy afternoon of the first day of his imprisonment, he heard someone calling from outside the window. Looking down he saw the four couples whose wedding had been interrupted by his arrest. They wanted him to finish the wedding. “I’m sorry,” he called out through the window, “but we can’t have a wedding with this wind.” Suddenly the wind stopped.

“And I’m afraid it’s raining much too hard.” The rain stopped and the clouds parted and a rainbow stretched across the sky.

“We can’t have you getting married in those muddy clothes.” Their togas became white as snow.

“Well!” he said, “It’s looking a lot like a wedding all of a sudden.” And he performed the ceremony. As the couples were walking away, one of the brides turned and said, “Father Valentine, what about the certificates?” 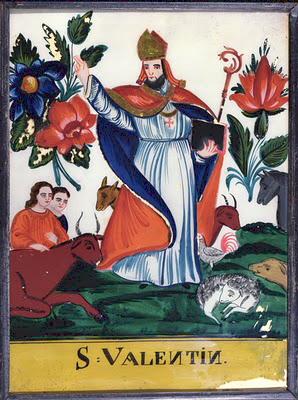 Julia went downstairs and found a sheaf of old execution orders and passed them under the door. Valentine saw that the backs of them were blank, but the thought of making such a treasured document from used paper bothered him. Then he had an idea.

He cut the paper into different shapes: trees, doves and hearts. He wrote the name of the couple above a personal inscription. You are married in the eyes of God and Christ. Many blessings, from your Valentine.

As the week went by, every day more and more couples came. They gathered outside the tower and were married by Valentine. He had many long conversations with Julia and ate many delicious meals she prepared for him.

Finally, on the seventh day, he had just finished a mass wedding of over 100 couples when the Praetorian came for him. As he walked out of his cell, Julia was there, tears running down her cheeks. “I think God wants you to see,” Valentine said.

“I do not care to see the face of a world that can destroy one such as you, Valentine.” “They can only kill this body, they will not even touch my soul. Please let me…” and he gently placed his hands over her eyes, until the Praetorian yanked him away and led him down the stairs.

Julia stood at the top of the steps with her eyes closed, listening as the footsteps echoed down the stairs. The sound of the tower door slamming shut had nearly faded away before finally opening her eyes. She could see! The first thing she saw when she opened her eyes, perfectly framed by the only window in the cell, was the house. The exquisite beauty of it made her smile.

View this document on Scribd
About the Author
Tim Kretzmann 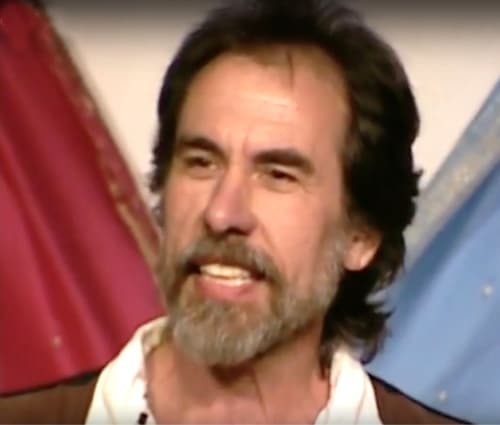