Recently a member of Ananda Seattle was hit by a car. This is an article about it by a friend of his who writes for New Spirit Journal:

For most people, the word “karma” indicates something wrong. If something negative happens, the usual response is that we must have done something wrong in this lifetime or another. Other people have decided they don’t believe in karma because it makes them feel too guilty.

Truthfully, karma simply refers to the law of cause and effect. It’s like gravity: it works whether or not we believe in it. Remember learning in school: “Every action has an opposite and equal reaction.” I think there is a lot more to this picture than we usually allow. Let me explain.

Last week a spiritual brother of mine who lives in the Lynnwood Ananda spiritual community was involved in what can only be called a freak accident. He was walking on a sidewalk with his godson, enjoying a beautiful day. A woman was driving down the street, became distracted, and her car ended up on the sidewalk hitting and causing serious injury to my friend. The brain injuries are so severe that as of this writing he has not regained consciousness, although signs indicate he might.

Brain injuries are serious and can require a long time to heal. My friend is being prayed for by people all over the world and teams of two are with him around the clock praying, meditating, chanting, talking to him and loving him. Naturally, there has been much introspection and speculation about the whys. The word “karma” has been used a few times. When I shared my thoughts with another spiritual friend of mine, she said it would be great it I shared them with a wider audience… that’s you!

When someone like my friend is involved in an accident such as this, it gives me pause. Without being able to look into his heart or soul, what I know from my interactions with him is that he is a very spiritually advanced soul. He is kind, generous, loving, talented, devoted, and his eyes convey great spiritual depth and joy. How on earth could a wonderful soul like this be involved in this sort of accident where his very life is threatened and if he does live; where he will face a possibly long period of recovery?

When events are this strange, they are very deep and soul-driven. I see this event as a prior arrangement on the part of my friend. It was not an accident, and he has given — and is giving — great gifts to many people: to the woman who hit him; to the doctors, nurses and other staff who are caring for him; to the thousands of people around the world who are praying for him; to the people who are staying with him 24/7; to the many people who will be involved in his recovery, to his family and friends; and now to you.

This event could be a prior soul promise he made to an entire group of people, and his willingness to go through this could be a wonderful sacrifice he is willing to make for himself as well as for others. He could be such an advanced soul that he is garnering a huge amount of positive karma; he is being allowed to move lightyears ahead of where he would be without going through this experience. And, yes, perhaps he is burning off some sort of negative karma.

My point is that we cannot know about the journey of other souls, and many times we don’t even understand our own soul’s journey.

I think it is more important to live our lives with as much presence and love as we can, walk whatever spiritual path we’re on with devotion and commitment, and then fully accept whatever comes our way without judgment, complaint, or second-guessing the process.

Several times during the last week I have awakened in the middle of the night and have spoken with my friend. I told him I hope he is enjoying his little vacation from the earth plane because all of us fully expect him to return, ready to continue his life’s walk here with the rest of us. Perhaps he will share the experience with us and let us know his thoughts once he recovers. And if it is in his best soul growth to move on to the other side, perhaps he will find another way to share what this was all about for him, as well as for us.

This article was originally published in New Spirit Journal.

About the Author
Krysta Gibson 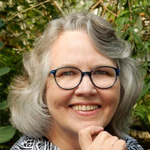