Swami Kriyananda would often tell his students that a yogi’s true goal is to get the little “self” out of the picture so that he can focus on the divine “Self” within. By the little “self” Swamiji meant our egoic identity, built around the physical body, the personality and the “bundle of self-definitions” that egoic identity brings in its wake: old or young, rich or poor, healthy or ill, happy or unhappy, and so on.

By “Self” Swamiji meant our true nature as a divine soul made in the image of God — unchanging, immortal and ever-blissful. The entire purpose of yoga, Swamiji was implying, was to transfer our identification from the “self” to the “Self.” 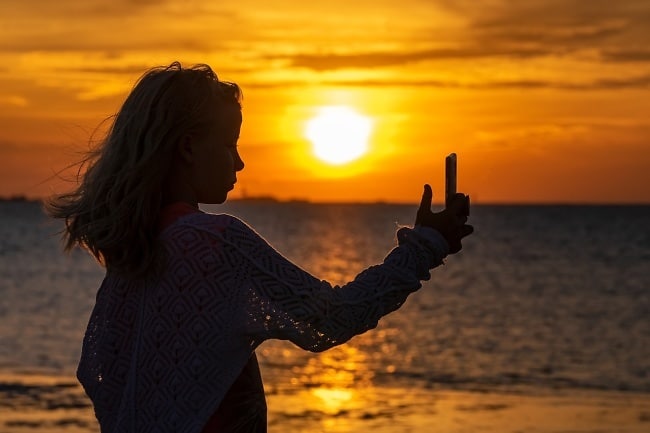 I have often struggled to reconcile this central teaching of yoga as an aspiring yogi with the now ubiquitous selfie phenomenon. The Merriam-Webster dictionary defines a selfie as follows:

Selfie (noun): an image that includes oneself and is taken by oneself using a digital camera especially for posting on social networks.

Taking a selfie (to put it humorously) requires that we literally get the little self into the picture —a direct contradiction of Swamiji’s guidelines! I, as a yogi, bent on “Self”-realization through “self”-transcendence have often, therefore, eyed selfies with certain disapproval and have done my best to refrain from this practice, whose very definition requires that I include my own face in a photo!

The purpose of this post, however, is not to justify my critical attitude toward selfies, or toward those who practice this modern art form. The purpose rather is to share how I overcame this critical attitude and learned to see selfies as a delightful reminder of my true goal of “Self”-realization.

One can in all fairness ask the question: “Why, in light of Swamiji’s statement, would you want to overcome an attitude of judgment toward selfies?” The answer surprisingly enough is the same — the central precept of yoga is to get the little “self” out of the picture! A judgmental attitude whether seemingly righteous or not is the biggest obstruction to doing just that! Paramhansa Yogananda once had the following strong words for a student who suffered from this fault:

Whenever you see wrong in others and are distressed by it, remember it’s wrong with you. When you are right inwardly, all things are right, for you see everything as part of God. You then accept all things as they are, without judgment, and look with kindness and sympathy on everyone. — The Essence of Self-Realization

Having read this precept many times, I sincerely wanted to learn to accept the selfie phenomenon “as a part of God” and to get rid of my censorious attitude toward both selfies and selfie-lovers. The catch was that I wanted to do so without going the normal route of taking numerous selfies and posting them on social media. A superconscious solution—one that allowed me to see God in selfies as well as in selfie-lovers while not having to take selfies came when I read the following exhortation from Swami Kriyananda: 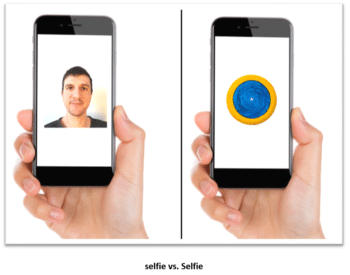 As I meditated on these words, trying to connect selfies with God-remembrance, I had a wonderful inspiration: Why not think of meditation as the science of taking a “Selfie”—with a capital “S”! After all, meditation is quite literally the practice of holding steady the “smartphone” of deep, devotional concentration and focusing the camera on our own “Self.” When we perfect our meditations through repeated practice, we capture the perfect “Selfie” — a clear perception of our true identity as a divine soul.

Seeing meditation as the process of taking a “Selfie” led to some delightful revelations:

Gone forever, fitful, flickering shadows of mortal memory.
Spotless is my mental sky, below, ahead, and high above.
Eternity and I, one united ray.
A tiny bubble of laughter, I
Am become the Sea of Mirth Itself. 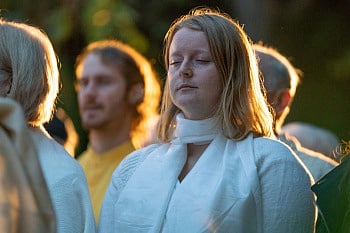 Armed with these thoughts, Swamiji’s advice to “let everything remind one of God,” became easy to practice. Now I saw clearly that the first “Selfies” were captured not by those equipped with mechanical smartphones but by yogis equipped with the smartphone of perfect devotional concentration! I realized also that the true Selfie-addicts are the yogis—they never miss their dedicated, twice-daily practice of Selfie-capturing (meditation) and they dedicate their lives to spreading this addiction devotedly, often in the face of persecution!

Next time you see or take a selfie, I hope that you too are reminded of the true “Selfie” which is “enjoyable beyond imagination of expectancy,” and whose beauty will win the first prize hands-down in any selfie-taking contest!