Those of us who are disciples of a true guru have the great blessing of feeling our lives guided by a wise and loving hand. While the guidance of my guru, Paramhansa Yogananda, is always with me, sometimes his loving care is especially evident. It was thrilling for me to experience the blessing of love and joy that flowed through the last years of my mother’s life.

My mother died in March 2008 at the age of 95. She had visited Ananda Village three or four times in the decades I’ve lived here. Her first visit was in 1971—the age of tepees, trailers, and outhouses—and she was in shock at the life I’d chosen. She kept asking herself what she’d done wrong that I would end up like this. After a few days, however, she began to experience some of the magical joy and love that is Ananda. On later visits, while she was never enthusiastic with my choice, she came to appreciate the people who lived here and the way of life that has been created.

A need for support

As she grew older and needed some sort of care, I asked if she wanted to come to Ananda Village and received a definite, “No.” She wanted to stay in her own home in St. Louis, despite the fact that none of her children were anywhere close by to help her. Luckily, she had a couple of relatives who could be called on in emergencies.

At the age of 92, she was still living in her four-storey house (and regularly using the attic and basement). I phoned her daily to monitor her situation, and I was becoming concerned. She had a couple of incidents that required trips to the emergency room. My siblings began to tell her that she must move to a place with more support. The more they insisted, the more she refused. Frantically they called me, saying I had to do something.

My brother and sister are both medical professionals. Their insistence on how dire the situation was turned my concern into real anxiety about what to do and how to do it, especially since I live in California.

Calling on Yogananda for help

I went to my meditation room to meditate and ask for help. After laying everything at Yogananda’s feet and calling on his guidance, I felt a great calmness come upon me and the knowledge that everything would work out well.

I then called my mom and said, “I know you don’t want to leave the house, but I’d like to come there for a week. We can research choices that might work for you when you feel ready to move.”  She agreed, and I went to St. Louis for one week.

Throughout that time I held on to the calm assurance I’d been given in meditation. I never urged her to do anything, but always asked what she wanted to do next. By the end of those seven days, we’d found an extraordinary independent living facility and had moved her into it for a one-month trial visit. The tiny apartment available at the time was ideal, overlooking a quiet garden, and close to the abundant facilities for meals, entertainment, exercise, and socializing.

After a month, she decided to sell her house and move her belongings into that apartment. Unbeknownst to me, one of my cousins was in real estate, and sold the house the first day it was on the market. Within a couple of months, my mom began to enjoy her new surroundings and the many fine people there.

As early as I can remember, Mom’s greatest dread, and therefore mine, was that she would become incapacitated and have to live for many years in a nursing home. She moved into her apartment in 2006, and near the end of 2007 began to have more problems.

My mom was always a very energetic lady, with lots of will power and interest in life. She could be critical and complaining, but you could never fault her for lack of zip. She now had slow internal bleeding that required her to go to the hospital for transfusions. Despite the transfusions, she began to be more confused and tired. Mom’s condition became so bleak that the Personal Care Director, by now our good friend, suggested Mom might be happier in assisted living. This suggestion came shortly before another trip to the hospital for a transfusion.

I was in California at the time and spoke to Mom on the phone as she lay in the hospital bed waiting for the transfusion. She was very unhappy. I was amazed when she said, “I have plenty of money, and yet I can’t even eat. Maybe I made a mistake. Maybe I should have joined Ananda.” Surprisingly, she seemed on some level to be open to the value of a spiritual life.

Prayers for my mother

I was very concerned about Mom’s unhappiness and felt she needed all the spiritual support she could get. So, I wrote to Swami Kriyananda’s secretary to see if he would ask Kriyananda, my teacher, to pray for my mother. (Swami Kriyananda had actually met my mother on one of her visits to Ananda.) I didn’t know when Kriyananda might get the message.

The next day I called Mom after her transfusion and asked how she was. “I feel great!” she said. Then she told me that she was reading a spiritual book I’d given her a year before. At that time her response to the book was somewhat caustic. Now she was enjoying it. In the middle of our conversation, she quoted one of Yogananda’s well-known sayings, “Circumstances are neutral.”

It was an amazing phone call. Then I opened my emails and discovered that Swami Kriyananda had begun praying for my mother.

Every time I spoke with her after this, she seemed quite gay, bursting with good will and love for all. She simply couldn’t think ill of anyone, even people she’d criticized in the past. The Personal Care Director said, “Your mother is SO much better! I don’t think we should move her!” How grateful I was to feel that my Guru’s blessings had flowed to Mom, thanks to the prayers of Swami Kriyananda.

I visited Mom after that hospitalization. The difference in her was dramatic. She looked years younger, full of life, and she was bubbling with joy. Throughout the visit she almost didn’t know what to do with the joy she felt. She was fun, funny, and expressed the greatest kindness, love, and appreciation for all. The last month of her life was the happiest and most loving that I’d ever known her to be.

After I left, Mom became much weaker physically, and we arranged hospice for her. The hospice caregiver met Mom on a Friday and immediately set up ‘round the clock care for her. On Saturday, Mom took a dramatic downward turn. I was able to get a plane ticket for that Sunday.

As I was ready to leave for the airport, I felt to phone Mom. She answered with great sweetness and joy and said: “Hi honey.” When I told her I was on my way, she said, “Oh, I’ll be so happy to see you.” I gave the phone to my husband, Bharat, and she immediately told him, “I love you very much.” He said the same back to her and handed the phone back to me. By then, Mom was mumbling sleepily and seemed to let go of the phone.

By the time I got to St. Louis at about 10 pm, she was already in a deep, deep sleep. Hospice had her on morphine to control her tendency to hyperventilate. She never woke during the time I was there, but I felt fine about that—she and I had said all that was needed during the past month. Monday morning I got to her room early, meditated with her, and prayed. She left her body that same afternoon, very peacefully.

I felt a deep joy at Mom’s passing—that she escaped her body and her great dread of living in a nursing home. After the funeral, beautifully performed by Bharat, her good friends voiced just what I felt—that she left exactly as she wanted to. I shared with everyone that the last month of her life was the happiest and most loving I had ever known her to be.

Paramhansa Yogananda had visited St. Louis on his cross-country lecture tours. My mom’s Uncle Charles had gone to his lectures and had hosted the Master in his home. Near the end of her life, Mom began to say that perhaps she, too, had met Yogananda. I don’t think she had, since I believe such an event would be clear in her memory. But I do feel that his hand guided her departure from the body, and blessed us both in the process.

Nayaswami Anandi is a founding member of Ananda and a Lightbearer, and was initiated into the Nayaswami Order in 2009. She is on the staff at The Expanding Light guest retreat at Ananda Village doing teaching, organizational work, and writing. She also works as an editor for Crystal Clarity, Publishers. Other Clarity articles by Nayaswami Anandi are listed under "Anandi Cornell." 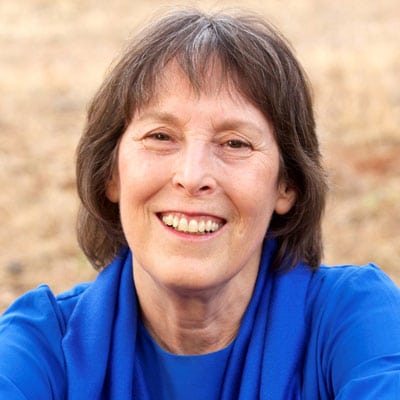