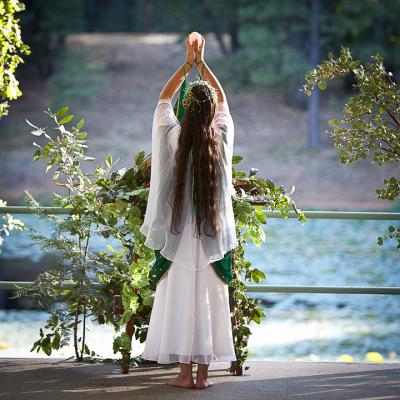 The Peace Treaty is a three-act play that Swamiji wrote many years ago. And for about the last 10 years it has been a tradition to perform it during Spiritual Renewal Week. I know that for the actors and viewers alike, with each performance the play offers some new pearls of wisdom. The play in an entertaining way, presents the teachings and blends wisdom and humor with ease. I am always struck by the Swami’s wonderful use of the english language and how understandable and poeticly he can share deep truths. 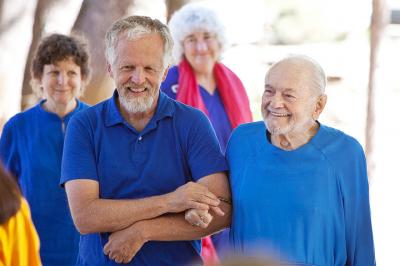 Swamiji arrived and greeted a few friends, then settled in to enjoy watching The Peace Treaty come to life. 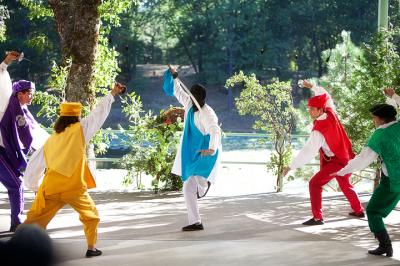 It started off quite dramatically, with a battle scene as part of the preshow that gave the background of the play.
And then… the scene we all look forward to… Slash, parry, slash parry. And one by one the soldiers took stage. 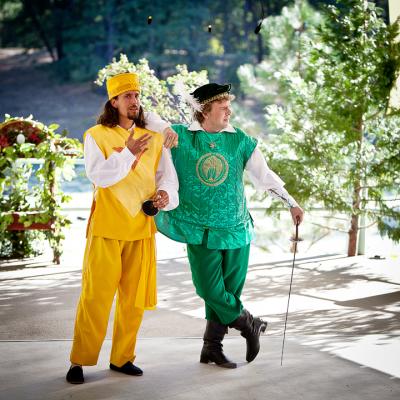 I am amazed at the talent of our Ananda actors. There were a few new actors, and some who took on new roles. It was fun to see Nabha transition from playing serious and thoughtful Ponder to the eccentric Baltan of clan Emerald. 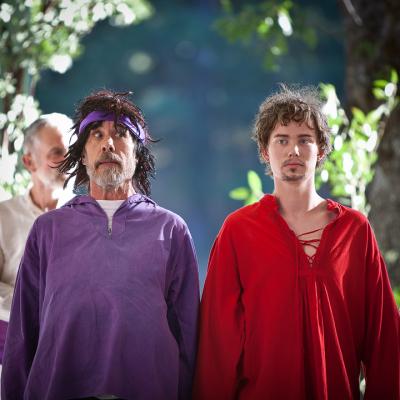 The play is often profound and often hilarious. 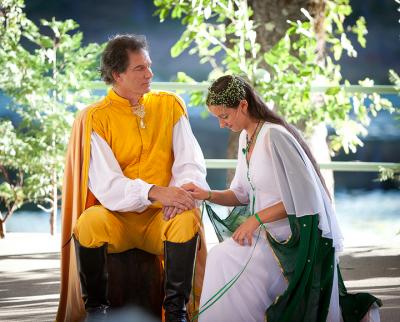 The play contrasts good and noble qualities with bad qualities. Lord Crystar and Gazella display qualities that are to be aspired too. 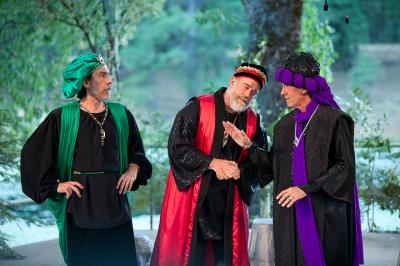 The bad guys are convincingly played by some of the nicest men you could ever want to meet. They seem to enjoy playing these roles, as much as Swamiji said he enjoyed writing the roles. He laughs when he describes how absurd these Lords are when trying to preserve their domains. 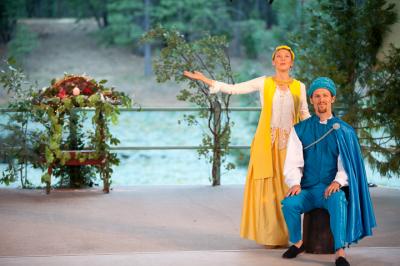 There is love and music. 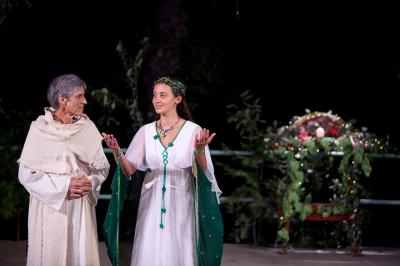 There are wise hermits and free and joyful spirits. 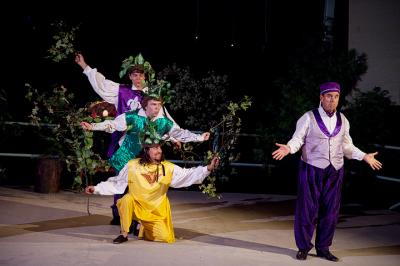 There are lessons to be learned.

And a very happy ending. 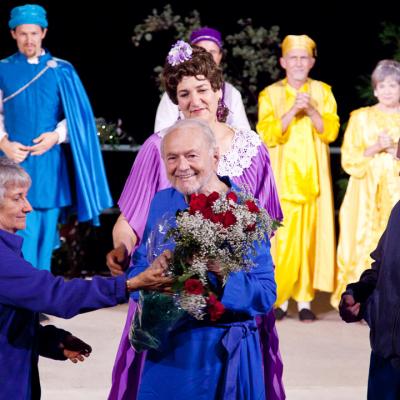 Swami Kriyananda, the playwright was honored and obviously happy with the performance. 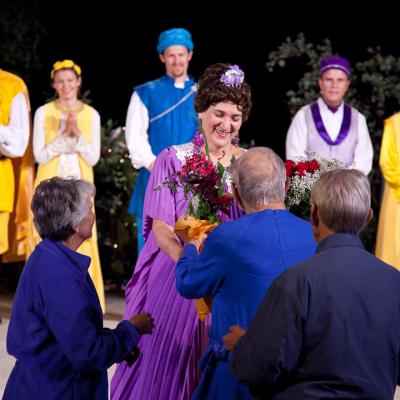 And Swamiji honored Devaki, the director and one of characters, and the cast with a bouquet of flowers to thank them for their deep commitment to the play and its message. Thank you all for your wonderful and joyful performance and your dedication to The Peace Treaty.