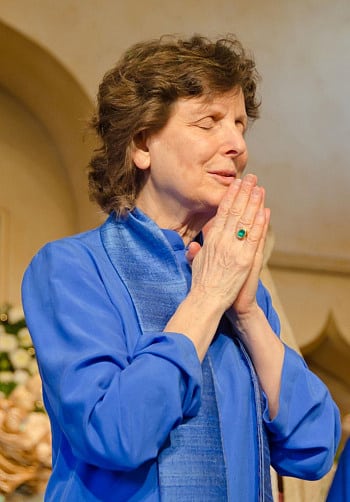 What is bhakti yoga? It is the yoga of devotion. Union with God through devotion. (1)

A person who practices bhakti yoga, known as a bhakti yogi, thinks of God in personal terms, such as Father, Mother, Friend, or Beloved. This helps the bhakti yogi to awaken love for God. When done correctly, this eventually leads one to see and love God in all forms, rather than just in one’s chosen deity. The path of bhakti yoga teaches that it is our manner of love, and it’s strength, rather than the particular form that is loved, that determines it’s success. (1)

Some bhakti yoga is essential to every yogi because selfless love is the quickest way to remove selfish desire, however bhakti yogis focus on more on devotion than any other type of yoga, such as gyana or karma yoga for example. (1)

True bhakti (love of God) is not achieved through loud chanting and intense emotions, but through calm feeling. Bhakti awakens the yogi’s feelings, but the result is to focus and uplift the yogi’s feelings toward God, not to leave them agitated. (2) 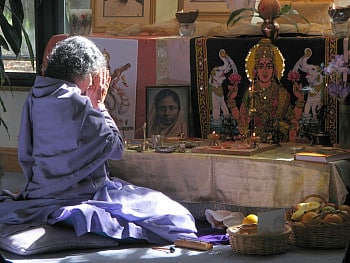 Bhakti yoga is one of most popular forms of religious practice for Hindus. Unlike many religious practices in Hinduism, it is not only accessible to Brahmin males, but to both males and females and those of every caste. A common theme in bhakti yoga is sincere, direct devotion and it’s superiority over rigid rules and rituals. (3)