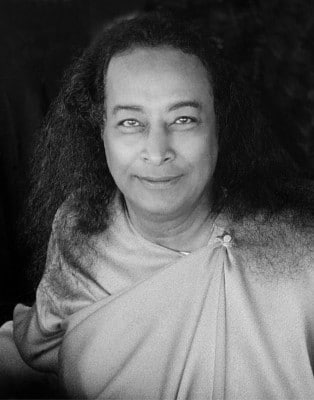 We affect others by our magnetism. They in return, by their magnetism, affect us. It is vitally important to understand the principles of magnetism, how to increase magnetic power in the human being, how they can be used for our own and others’ benefit, how to benefit from others’ magnetism, and how to protect ourselves against harmful magnetism in others.

Satsanga (good company) is almost as important on the path as meditation itself. Mix more with spiritually minded people. Tune in consciously to their vibrations. As you draw from others, so give love and appreciation in return. By thus closing the energy circuit, you will help bring about a mutual increase of magnetism. (To draw on others like a sponge is to drain their energy without in any way increasing your own. For your energy increases only if you raise your vibrations, never if you lower them.)

A negative human magnet can actually sap the power of a positive magnet, if the latter is inattentive, and especially if the negative magnetism is the stronger. On the other hand, if the positive magnet is the stronger it won’t be deeply affected, especially if it is attentive and consciously maintains a magnetic shield. If it is much stronger, it may actually succeed in converting the negative flow in the other person to a positive one. Here is an earnest suggestion, however: Don’t, in the name of loving all, take chances with your own magnetism.

You will grow faster spiritually if you try to serve others. Don’t serve them, however, beyond a realistic appraisal of your own magnetic strength.

Satsanga is important for another reason also: When spiritually inclined people get together, especially for meditation, they increase the magnetism of everyone involved. Yogananda called this phenomenon “the law of invisible vibratory exchange.”

There are ways of protecting yourself from negative magnetism, and ways also of developing positive magnetism. Beware, however, of using spiritual power for ego-gratification… Yes, there are words of power (mantras they are called) by which you can affect objective reality. You can also, by concentrating at the point between the eyebrows and rotating the will powerfully around the thought of self, learn to send powerful thoughts from your own spiritual center to that center in others whom you want to affect. But beware of hurting anyone. In such cases there is a boomerang effect. The action must be for their welfare, and must proceed from higher consciousness. Beware, above all, of reawakening the delusion in your own subconscious that an outward direction of energy is desirable.

If you are faced with negative influences, and can’t avoid them, here are a few helpful suggestions for how to cope with them: 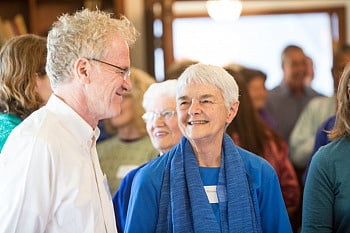 Good company, as I said, is extremely important on the spiritual path. Seek out the company of others of like mind. Mix with them lovingly. If you know someone whose spiritual magnetism is particularly strong, spend time with that person. If outward good company is not available, keep good company mentally.

One of the best ways of surrounding yourself with good vibrations is to listen to uplifting music.

Most important of all, try to keep the company of saints. They will help you, even from a distance, by their subtle magnetic influence. If you know no such people, read their lives; visit places where they have lived; mix with those who knew them. If possible, listen to recordings of their voices.

Be conscious, above all, of your own developing magnetism. Feel it surrounding you as you walk, flowing through you as you converse with others. Expand it to the people in your vicinity; include them in your aura.

The more you act as a channel of blessing to others, the more you yourself will be blessed. Your magnetism will be enhanced, and your efforts to reach God greatly accelerated. 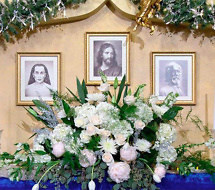 Set the photograph of some great saint or master before you. Not a painting, merely: a photograph. Gaze intently into his or her eyes. Attune yourself to the magnetism you feel there.

After some time, close your eyes in meditation and try to feel a response in your heart. Feel yourself bathed and uplifted by that person’s superconsciousness.

Then pray deeply: “Draw me closer to God.”

12 Things You Can Do to Awaken Kundalini

Focus on the following to learn how to awaken Kundalini naturally and safely. Love God. See everyone (and everything) as expressions of the Divine. Serve others. Keep a positive attitude.…

There is a subtle power in the universe that we can all plug into, like plugging an electric cord into a socket, which generates a magnetic field that can attract to us whatever we need. This course teaches you how to plug into that power.

Autobiography of a Yogi – Read Online

Question from Pat Wolff: I’m struggling to understand if I have the right attitude. There was a man at work who tried to attract my attention and I would not give him any acknowledgement.… 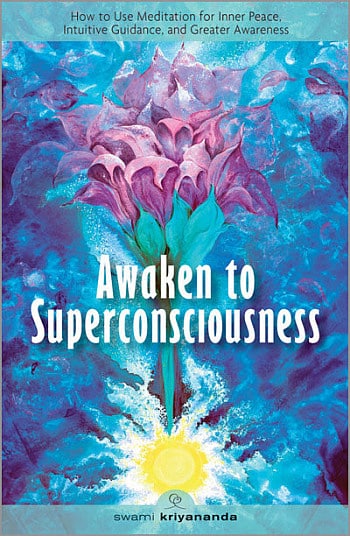 Awaken to Super­consciousness by Swami Kriyananda