If you’ve ever worked in sales, this account won’t sound foreign to you: you’re sitting at your computer, a headset on your ear, connected to a multi-button phone rig that you don’t understand. The manager opens the lines and a call comes in; you put on your most cheerful, yet business-like voice, and you start persuading the person at the other end of the line that our product – though exactly the same as the other three available out there – is the best, and you should absolutely spend half your savings at our establishment.

I was working in just such a place — a tourist company in Israel, my home country — when I discovered Paramhansa Yogananda and the path of Kriya yoga. Though I did believe in the product I was selling, corporate politics being what they are, I’d often found myself relaying half-truths or full-on lies in an endless dance between the company’s and the customer’s interests. That part of the job grated my soul. I had read Swami Kriyananda’s The Path (now The New Path) prior to starting my work there and was deeply touched by his sincerity. How was I to reconcile the demands my innermost core made on me with the demands of my outer reality?

The answer came in the most unexpected way. Working eight hours in front of a computer is hard, nay, impossible to do, without taking some mental breaks here and there. Most of my colleagues would take to social media or online gaming to pass the time between calls, or sometimes even while taking a call. I went to Ananda.org. At first I just read some articles, but as the summer grew near and the number of calls grew larger, I could not do so any longer. It was then that I came across Radio Ananda.

I can’t recall the first song I listened to on the Radio, but I do remember frantically searching for another headset in my manager’s office immediately after. Peace came over me as I listened to Swami Kriyananda’s music, as if someone was harmonizing to my own heart’s rhythm. From that moment on, I was the only receptionist that had two headsets at all times – one for the phone, and one for the Radio.

Soon enough, listening to the Radio became my favorite aspect of the job. I would turn it on first thing in the morning and close it last, as I was preparing to leave for the afternoon. I found a music app that relayed the name of the track as it was being played and began looking forward to the ones that specifically touched my heart (an ever growing list, as it turns out), getting inappropriately angry at the customer who had the audacity to phone my extension just as “Brothers” was playing, and overly excited when December came around and the Radio would play Christmas carols.

The first time I left work humming a song I heard on the Radio is vividly engraved in my mind. The memory has nothing more to it than just me riding the escalator, silently humming “Rise O My Soul in Freedom”, but it stayed with me nonetheless. I recognize now that at that moment I was forever changed – for it was in that moment that my vibration shifted. Listening to the Radio during work started off as a passive practice to pass the time, but it gradually changed my whole being – silently tuning me to Yogananda’s vibrations, strengthening my own inclination to higher truths.

After a year and a half working this way, I became quite familiar with Swamiji’s music, and so was extremely excited to learn that on my first night ever visiting Ananda Assisi, they were holding a concert at the temple. With great joy I silently sang along as the choir performed Swamiji’s Oratorio “Christ Lives!”. One of the choir members noticed and remarked in astonishment “Why, I don’t remember which one of you did it (referring to me and my friend from Israel), but one of you knew all the songs!” Swamiji composed over 400 pieces of music. Having never visited Ananda before, I amazed him with the extent of my familiarity with the music.

Since then, I have accumulated a “playlist” of my own, buying CDs and MP3s of Swamiji’s music, but still, whenever I do my chores or sit down to work at my computer, the first thing I do is open up the Radio. Be it cooking, cleaning or research for a lesson, I turn on the Radio. Even – as you may have guessed it, dear readers – at this moment, while writing this article.

Listening to Swami Kriyananda’s music has been one of my most blessed, transformative experiences. It heals the heart and touches the soul, all the while whispering the praises of God. I encourage you too, dear readers, to go to the App store, and start filling your day with Swamiji’s music. About the Author
Ashtara Osnat levin 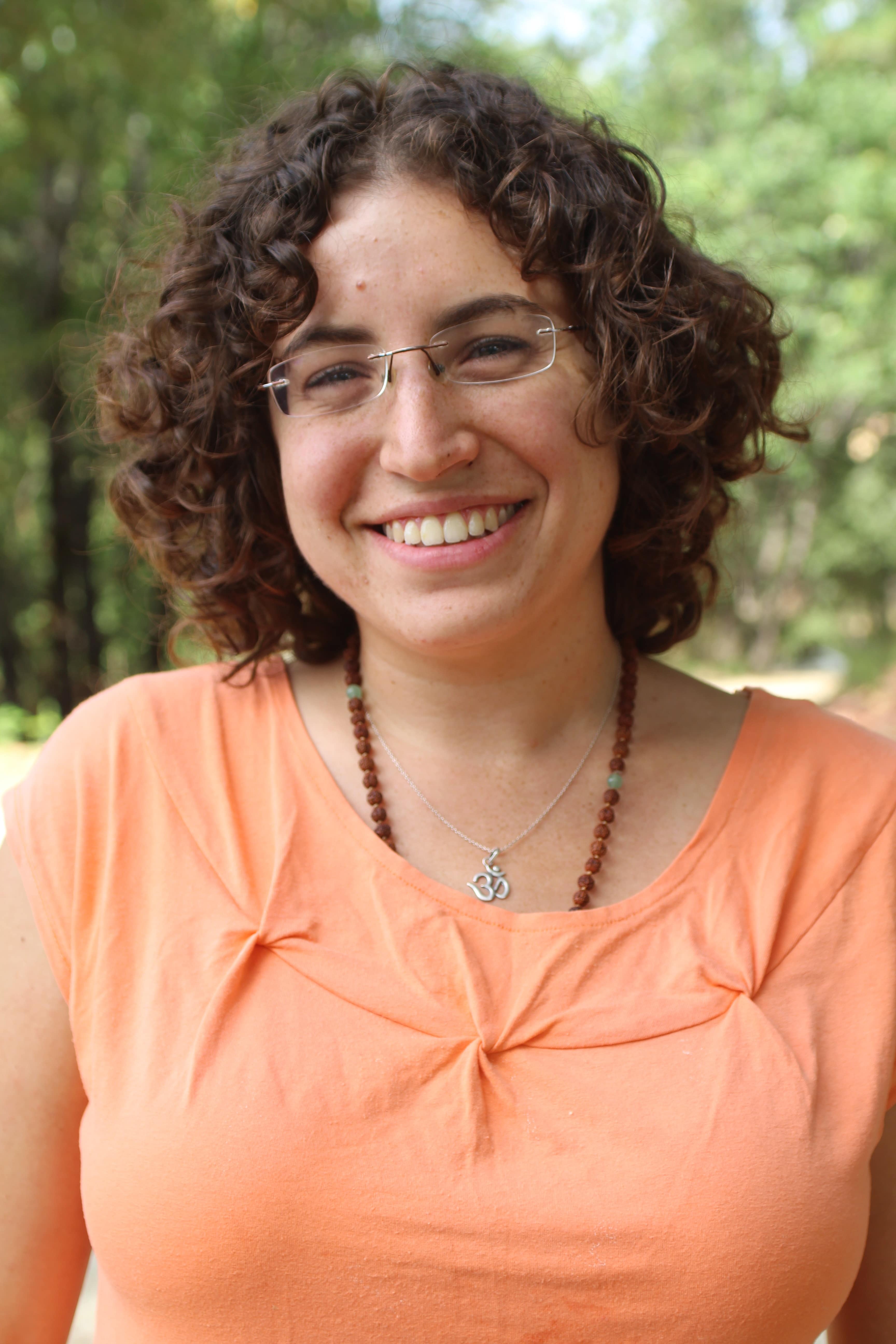