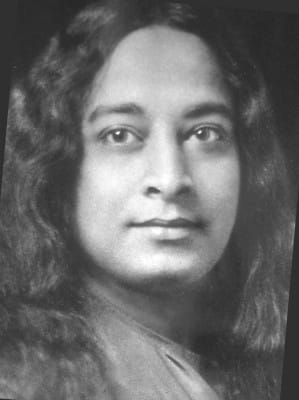 The Autobiography of a Yogi is famous and beloved all over the globe, acclaimed alike by saints and sinners, scientists, and philosophers. It is cherished by secluded yogis, busy householders, business persons, street vendors, men and women in the East and West, readers young and old. In short, Paramhansa Yogananda’s biography is read by people of all colors, denominations, social statuses, and walks of life. Millions of copies have been sold and it has been translated into over 50 languages. Nobody in the spiritual or yogic world is unaware of this seminal spiritual book. It has been justifiably designated as one of the “most important spiritual books of the 20th century.”

Now, 75 years after its publication, the Autobiography of a Yogi (AY), continues to rank high on the list of spiritual bestsellers. It is Yogananda’s spiritual evergreen, written for the ages.

The impact of the AY has always been monumental on our modern society:

The numerical answers to these questions are sky-high. However, the AY did not initially act as an explosive, earth-shattering bomb with instantaneous effects. The AY was rather like a steady, warm wind that kept blowing over and around the entire planet in a slow, constant, and steady way – month after month, year after year, and decade after decade.

We need to consider the publication of the AY not as an isolated literary event but as an integral part of a carefully planned worldwide mission of major importance. That planning was done by exalted yogic Masters.

However marvelous the book is in itself, we cannot look at its publication as a special and separate occurrence. The publication was only one component—one central part of a complex divine plan ideated by the great Masters of Self-realization. The AY was to play a role within a large and important project—a Worldwide Spiritual Revolution.

This is the stated goal of the Masters:

The yogic message will encircle the globe, and aid in establishing that brotherhood of man which results from direct perception of the One Father. 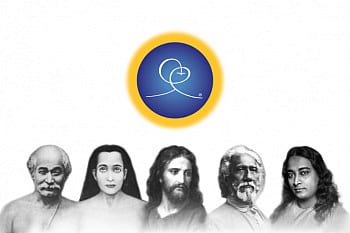 We can begin to grasp  the exceptional nature and enduring impact of the AY with the practice of a little visualization:

Inwardly look at the AY and visualize behind it the subtle but powerfully present line of avatars—saints of the highest order. See how, through the AY, they are (and have been) infusing you with hidden, luminous, and uplifting vibrations.

Yogananda hinted at their living presence:

Those who join us on this path of Self-realization are not connected to some printing press, but to a line of God-realized Masters.

In fact, the Masters are the real reason for the ongoing success and impact of the AY.

It was this line of great Self-realized Masters who sent Yogananda to the West. His mission was to spread the wisdom of Self-realization, Kriya Yoga, and direct God-contact. The AY was to be one of the primary tools for this sacred mission.

The AY was not Yogananda’s own idea or initiative at all. Lahiri Mahasaya, the great Yogavatar, knew about its publication long ago. Swami Sri Yukteswar, the Gyanavatar, directly commissioned it:

About fifty years after my passing,’ [Lahiri Mahasaya] said, ‘my life will be written because of a deep interest in yoga which the West will manifest. The yogic message will encircle the globe, and aid in establishing that brotherhood of man which results from direct perception of the One Father.’ ‘My son Yogananda,” Sri Yukteswar went on, ‘you must do your part in spreading that message, and in writing that sacred life.’ Fifty years after Lahiri Mahasaya’s passing in 1895 culminated in 1945, the year of completion of this present book.

The deathless Mahavatar Babaji himself gave his blessings so that his towering spiritual status would be revealed for the first time to the global public through this unparalleled book.

In short, the receptive reader can feel between the lines of the AY, a tangible, luminous, and divine power. Why? Because it is sustained and permeated by the living presence of celestial Masters.

Where would Yogananda’s MISSION be without the AY?

Yogananda himself explained the major importance of the AY for his mission. For years with the greatest vigor, he toured through America‘s biggest cities and filled the nation’s largest halls. Hundreds of thousands heard him. He was even received at the White House by President Calvin Coolidge. People big and small were magnetized by his powerful presence and speeches. He stated in 1948 that his AY was doing “what I meagerly did while traveling and lecturing to thousands.”

He declares that the AY is “my principle work in life,” and designated it as “my messenger.” In other words, the AY is his everlasting and perpetual ambassador, his leading spokesperson, his chief representative, and the dominant workforce behind his mission.

Yogananda carefully started working on the AY in 1921 and for a long 25 years, he worked on this yogic masterpiece. No word in it is indeliberate, unintentional, or accidental. Every single story holds an important teaching, a yogic message, and a spiritual guideline.

Most of all, as a yogic author, Yogananda operated on subtle levels, infusing his book with elevated vibrations. He revealed that the AY “has my vibrations in it.” What does that mean? It means that not only concepts, stories, and words enter your brain as you read the book but the divine vibrations of a perfected yogi.

Swami Kriyananda immediately realized its vibrant and transformative power and he described the enduring vibrational impact of that book:

I found his book almost alive in its power to convey not merely ideas, but a new state of awareness… The grace of the Autobiography of a Yogi just gets down inside, and it works bit by bit.

Yogananda knew this and he predicted that the book would “change the lives of millions.”

So, where would Yogananda’s mission be today without it? The answer is, not very far. How many seekers would have found their way to Kriya Yoga without it? Not a significant number. How many would know about the unity between original Christianity and original yoga? Perhaps, only a few.

Where would WE be without the AY?

In a recording, Yogananda reveals what he secretly did in his spiritual masterpiece. “My second Bible is the Autobiography. Some glimpses were put inside the stories there.”

These glimpses have reached and touched readers in every corner of the globe. Countless seekers have shared their own personal stories of how the AY has transformed, guided, or inspired them. Ask yourself:

Where would ANANDA be without the AY?

Ananda Sangha Worldwide might not even exist without the AY. It was the book that reached and hit Swami Kriyananda at his core – completely uprooted his life, and changed its course forever.

Kriyanada’s reading experience was very intense. It created total spiritual upheaval in him:

Every page seemed radiant with light. As I read Autobiography of a Yogi, I alternated between tears and laughter: tears of pure joy; laughter of even greater joy! For three days, I scarcely ate or slept. When I walked it was almost a tiptoe, as if in an ecstatic dream…. AY remains the greatest book I have ever read. One perusal of it was enough to change my whole life. From that time on, my break with the past was complete. I resolved in the smallest detail to follow Paramhansa Yogananda’s teaching.

Kriyananda immediately packed his suitcase and took the next bus across the country to become Yogananda’s disciple. This impulsive and yet inspired decision ultimately led to the creation of Ananda Sangha Worldwide.

In an uplifting and stirring talk, Kriyananda relates his profound reading experience of the AY and points out its major impact, beauty, and importance.

In his devotion to this timeless spiritual classic, Kriyananda also created a 27-minute slideshow, that you may enjoy here:

The Autobiography of a Yogi Challenge!

We usually read books with our minds and imagination. Are you up for an “Autobiography of a Yogi challenge?” If so, try reading the AY in a vibrational manner – not just with the brain, but with a calm and perceptive heart. Feel sensitively – in and from your heart –  the vibrational message(s) of the AY. Yogananda himself also offers us this challenge with the words he inscribed in a copy of the book to a disciple:

Find the Infinite hidden on the altar of these pages…

Remember, the AY contains and emanates the Cosmic Consciousness of its author. Are you able to intuitively catch a glimpse of the Infinite in between its lines? Even a slight glimpse? The Autobiography of a Yogi challenge is not an easy one. Yogananda hides his own Self-realized stature in the stories. He humbly describes himself as an ordinary seeker. Will you, Dear Reader, with a perceptive heart and sensitive reading, be blessed with that divine glimpse of the Infinite? 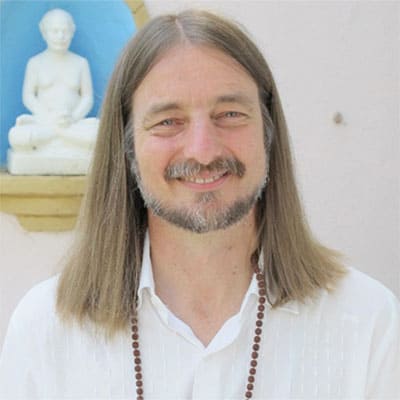